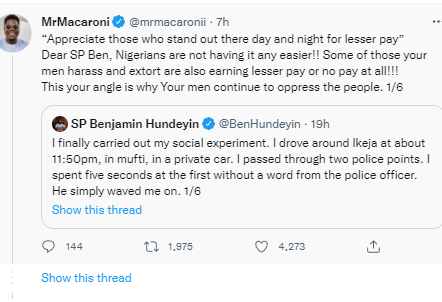 Mr Macaroni has slammed Lagos State Police PRO Benjamin Hundeyinn for the advice he gave to Nigerians on how to relate with police officers.

Hundeyin had disguised as a civilian and passed two police checkpoints in Ikeja late at night.

He said that the police officers didn’t know who he was and he narrated his encounter with them.

Based on his experience, he advised Nigerians to appreciate police officers and not treat them with condescension (read here).

He added that the angle he came from while advising citizens is the reason police officers continue to oppress the people. 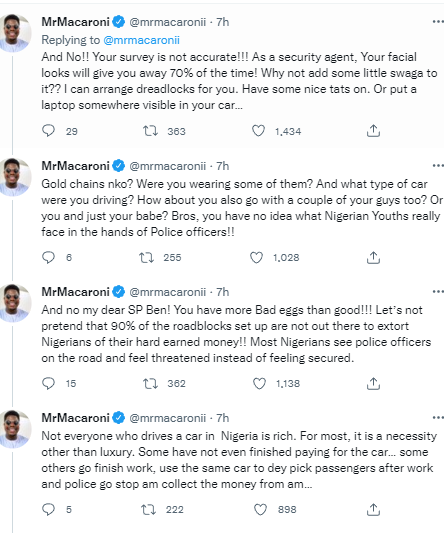