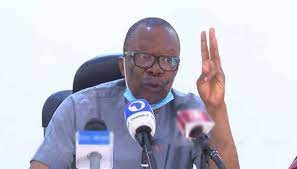 The President of the Academic Staff Union of Universities ASUU, Professor Victor Osodeke, has said that the sad reality is that after the lingering strike by the lecturers is called off, many of them will migrate from this country.

Osodeke stated this on Channels TV last night while reacting to the order given by the National Industrial court on Wednesday, September 21, asking the striking lecturers to return to their classrooms. He argued that it is counterproductive to compel lecturers via the courts to return to the classrooms.

Reacting to the development, Osodeke said;

”It is catastrophy. The last time this happened was during the military era. I can assure you that when this strike is over, a large number of our lecturers are going to migrate from this country. When you are using force to put your lecturers into the class”