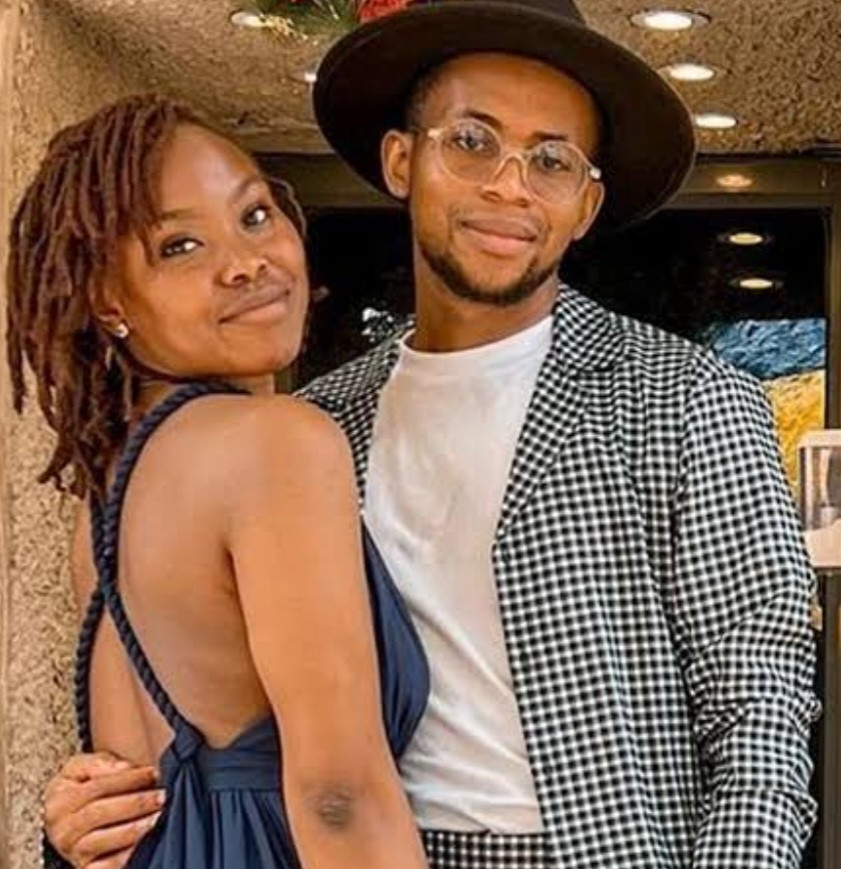 Solomon Buchi is claiming that his relationship to Arike Adeola has ended.

The social media influencer went viral when he said his fiancée is neither the most beautiful nor most intelligent woman but he’s choosing her.

He returned to Twitter hours ago to reveal he’s suffering a heartbreak. When asked if it means Arike has left him, he answered in the affirmative.

“Now that you’ve asked, we are no longer together,” he wrote. 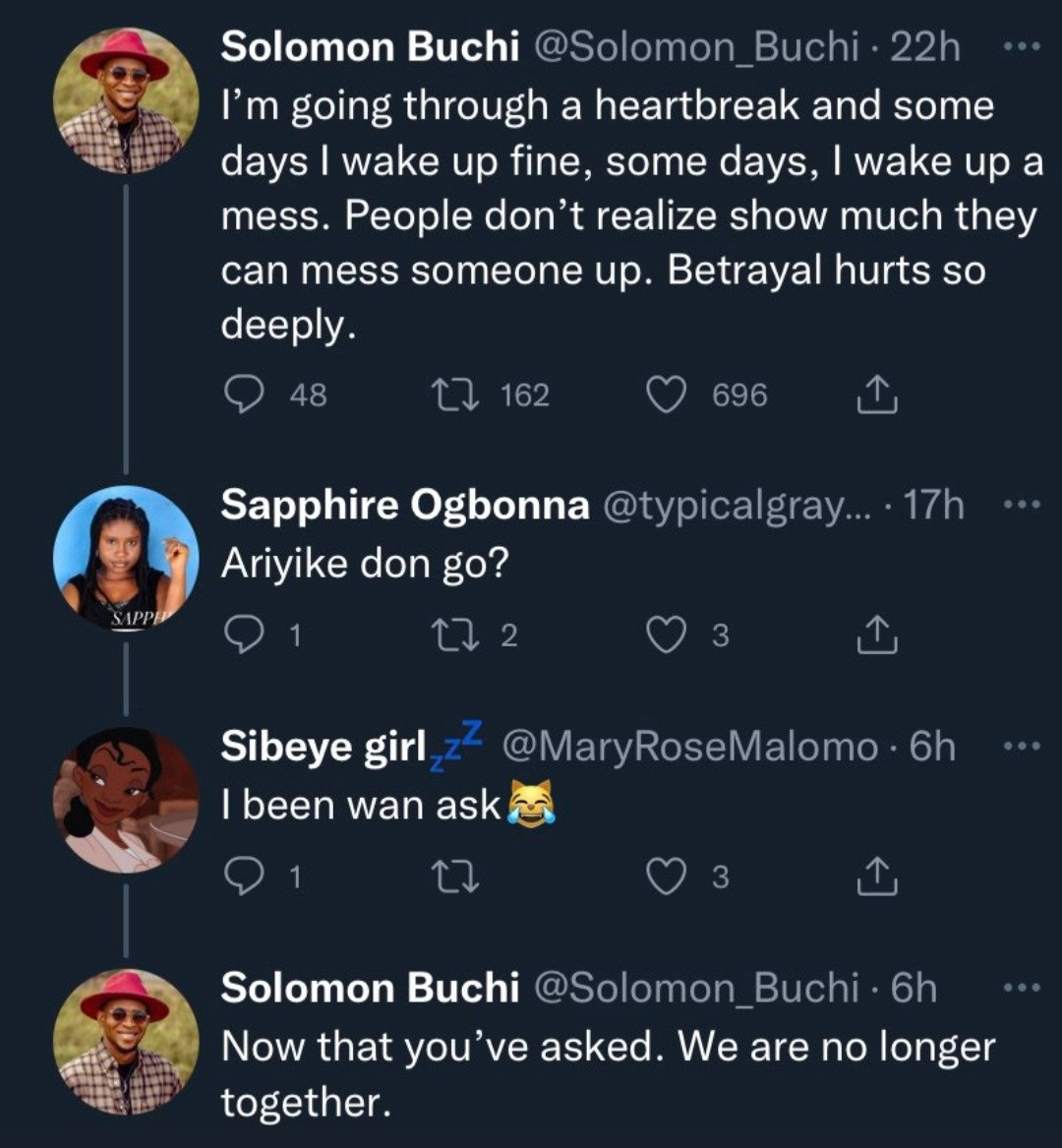 However, many believe he’s just chasing clout. A look at Arike’s IG shows that she still has his pictures up and her engagement picture with her ring on display remains pinned on Instagram. 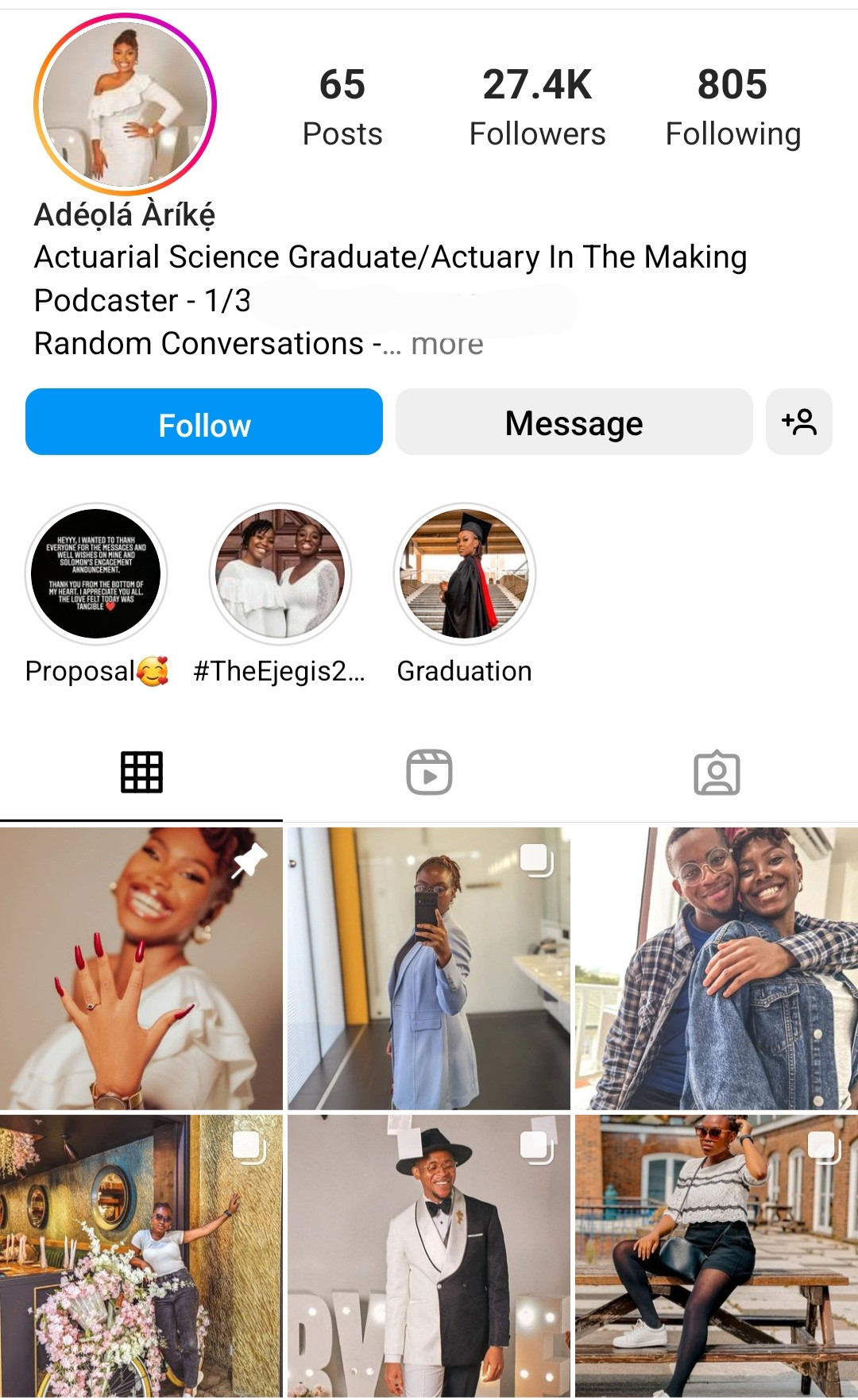 Tags: ‘fiancée’ after and Are Beautiful Beauty blog Buchi claims Entertainment Events Fashion for gossip have he His Inspiration intelligent Lifestyle longer Most news No nor not politics saying she's Solomon split the Together viral We went 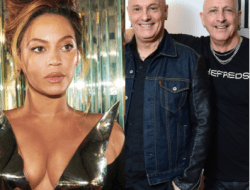