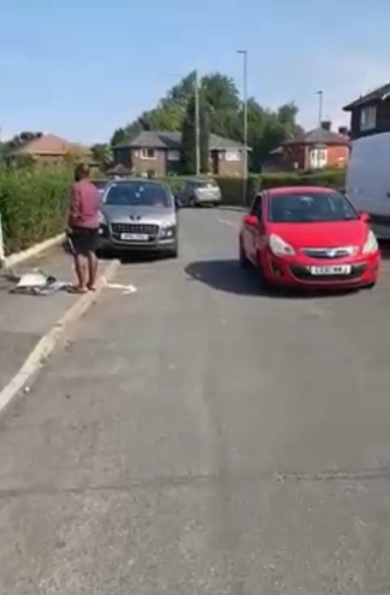 A UK-based Nigerian lady has been spotted in a viral video creating a scene after her husband called the police over an issue they had.

Sharing her own account of what happened, the lady who revealed that she has been the one paying their rent and taking care of other bills, said her husband couldn’t take care of her after she got sick and couldn’t even buy her food with the money she gifted him after she came back from the hospital.

She added that he abandoned her even though he knew she was under medication.

However Facebook user, Skyspino Ejima claimed that the woman’s husband called the police after she threatened to kill him.

“Another igbo Nigerian woman kicked her very good & well known husband out of his house in UK today… Same man went to Nigeria marry her, bring her to UK, train her in university so that she can obtain a better paying job and they also have kids together…
She threatened to kill the man with weapon during an argument that was what lead her husband to call police so that the police will help him to pick up some of his belongings…. You can see how rude, mannerless and vicious she is towards her neighbours and some of her husband friends.

Such women are blocking roads for good wives in Africa that are yet to join their husbands in western countries.” 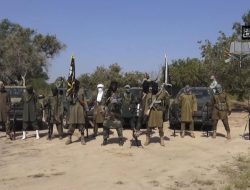