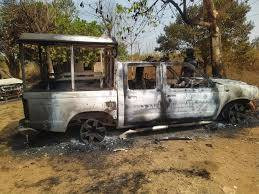 Sources who spoke to The Nation said the incident happened at the border between Ezza North and Ishielu local government areas on Thursday morning, September 15, 2022.

The attackers were said to have killed two police officers during the attack while others sustained injuries.

The gunmen were also said to have burnt one Hilux van of the police during the incident.

“Unknown Gunmen this morning clashed with men of the Nigerian Police Force at a checkpoint between the boundary of Ndiagu Ogboji and Agba communities of Ebonyi state,” the source said.

“According to unconfirmed reports, about two policemen were shot dead while others sustained varying degrees of gunshot wounds. The UGM also set the police operational vehicle on fire.”

When contacted, police spokesperson in the state Chris Anyanwu, said he has no details of the incident, adding that the command has sent a team to the area to ascertain what happened. 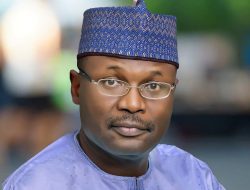