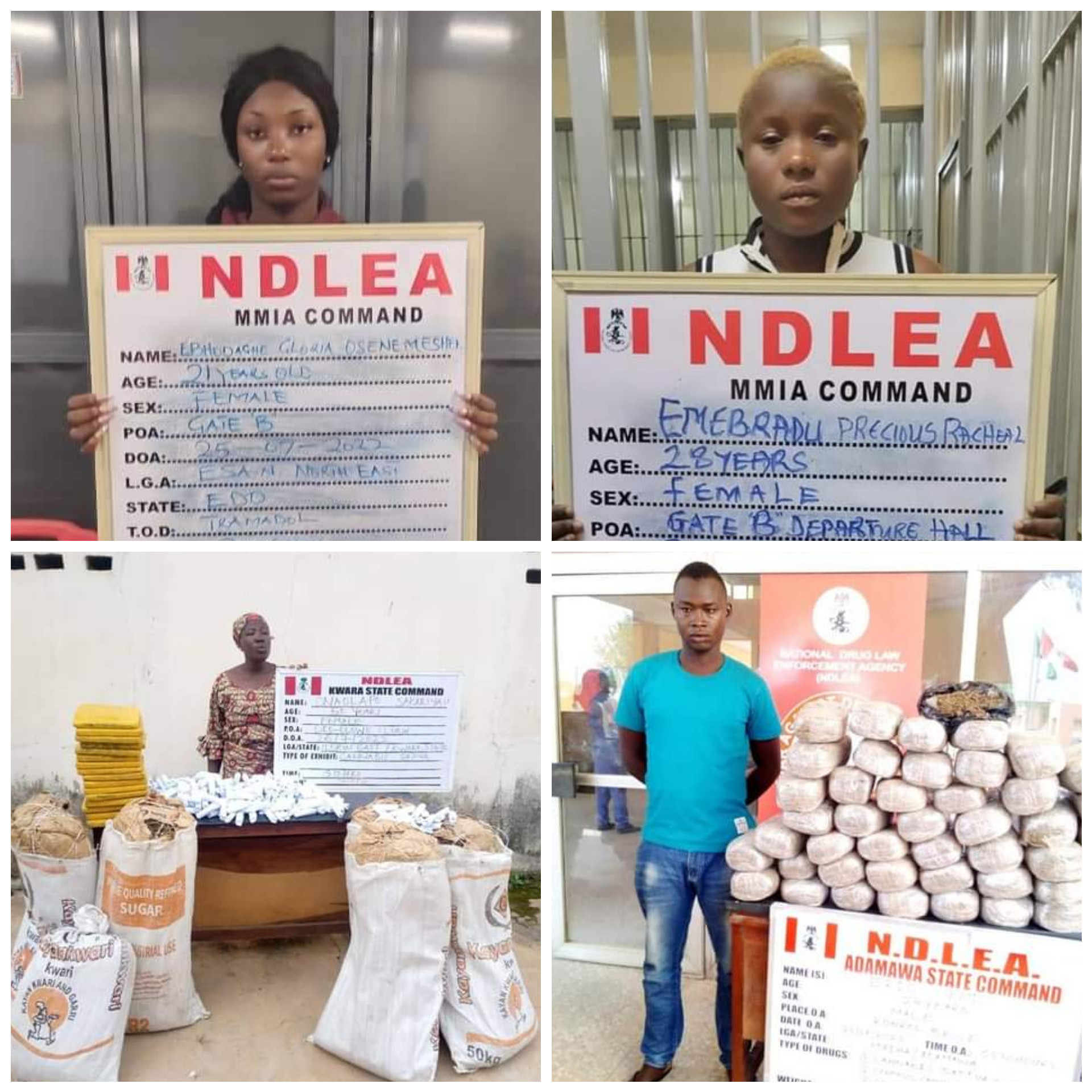 No fewer than two Million Seven Hundred and Fifty (2,750,000) tablets of Tramadol 225mg weighing 1,650 kilograms worth One Billion Three Hundred and Seventy Five Million Naira (N1, 375, 000,000) have been intercepted at the Apapa port in Lagos by operatives of the National Drug Law Enforcement Agency, NDLEA.

Spokesperson of the agency, Femi Babafemi, who disclosed this in a statement on Sunday, July 31, said the consignment packed in 55 cartons of Tapentadol and Carisoprodol types of Tramadol was seized during examination of a container number SUDU 7538656 on Saturday 30th July following credible intelligence.

This comes on the heels of similar efforts by anti-narcotic officers at the Murtala Muhammed International Airport, MMIA, Ikeja that thwarted bids by drug traffickers to export various psychoactive substances to London, UK and Dubai, UAE through the Lagos airport in the past week. At least, five suspects have so far been arrested in connection to the attempts.

On Monday 25th July, a Dubai, UAE bound passenger Ms. Ebhodaghei Gloria Osenemeshen was intercepted during the outward clearance of travellers on Rwanda Air via Kigali to Dubai. Discovered in her luggage were sachets of Tramadol 225mg concealed inside gari, a cassava product packed among other foodstuffs.

She however claimed that the bag was given to her by someone who she passed the night in his house before coming to the airport to help deliver to another person in Dubai. The following day, Tuesday 26th July, a total of 50 blocks of cannabis sativa with a total weight of 27.1kg concealed inside large quantity of crayfish going to London, UK as part of a consolidated cargo were seized at the SAHCO export shed.

Same day, a Dubai bound female passenger, Emebradu Previous Rachael, was arrested with 1.8kg cannabis packed inside bitter leaf in her luggage while attempting to board Rwanda Air flight to UAE via Kigali. The mother of one who hails from Oghara in Ethiope West Local Government Area of Delta State said she was into selling of mens wears before she decided to travel to Dubai to expand her clothing business. She claimed her ex-boyfriend that lives in Dubai, requested her to bring the bag, which contains the illicit substance along with foodstuff.

In the same vein, operatives at the NAHCO import shed of the airport on Saturday 30th July evacuated cartons of khat leaf with a total weight of 51.50kg. The consignment had earlier come in from Sierra Leone on Royal Air Moroc flight.

In Adamawa state, four notorious drug dealers in Konkol and Belel, two villages at Nigeria – Cameroon border have been arrested for exporting and retailing Tramadol and importing Diazepam into the country. The suspects include: Kabiru Ahmadu; Eric Emil; Abdulmumini Bapetel and Alphonsus Yusuf.

A total of 59.018kg Tramadol, Diazepam, Exol-5, Cannabis Sativa and two jerry cans of formalin substance (Suck & Die) were recovered from them.

In Kebbi, no less than 4,010 ampoules of pentazocine injection were seized on Friday 29th July when a commercial vehicle with registration number Sokoto RBA 220 XA was intercepted along Yawuri – Kebbi road and two suspects: Muktar Yunusa, 26 and Lukman Aliyu, 30, arrested. Similarly, a raid operation in Oko-Olowo area of Ilorin on Tuesday 26th July led to the arrest of Onaolapo Zakariyau, 50, with 79kg cannabis sativa.

Also in Abuja, no fewer than 90 blocks of cannabis (48.2kg) and 700grams of methamphetamine were intercepted at the Jabi motor park while at least a suspect has been arrested in connection with the drug exhibits. And in Kano, 51 suspects were arrested in a raid at Sky restaurant in Nasarawa area of the state on Friday 29th July. The suspects were caught with various quantities of cannabis and codeine based cough syrup.

In his reaction to the arrests and seizures, Chairman of NDLEA, Brig. Gen. Mohamed Buba Marwa (Retd) commended the officers and men of Apapa seaport, MMIA, Adamawa, Kebbi, Kwara, Kano, and FCT Commands for their vigilance and commitment.

He urged them and their colleagues across the country not to rest on their oars but remain resolute in pursuit of the Agencys goal of ridding Nigeria of illicit substances. 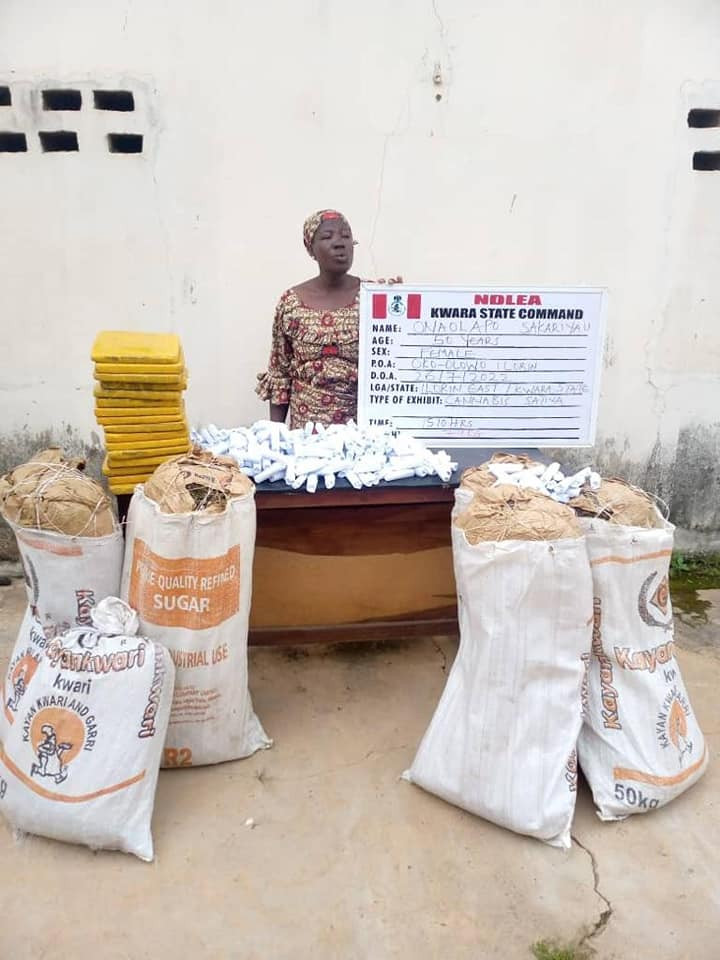 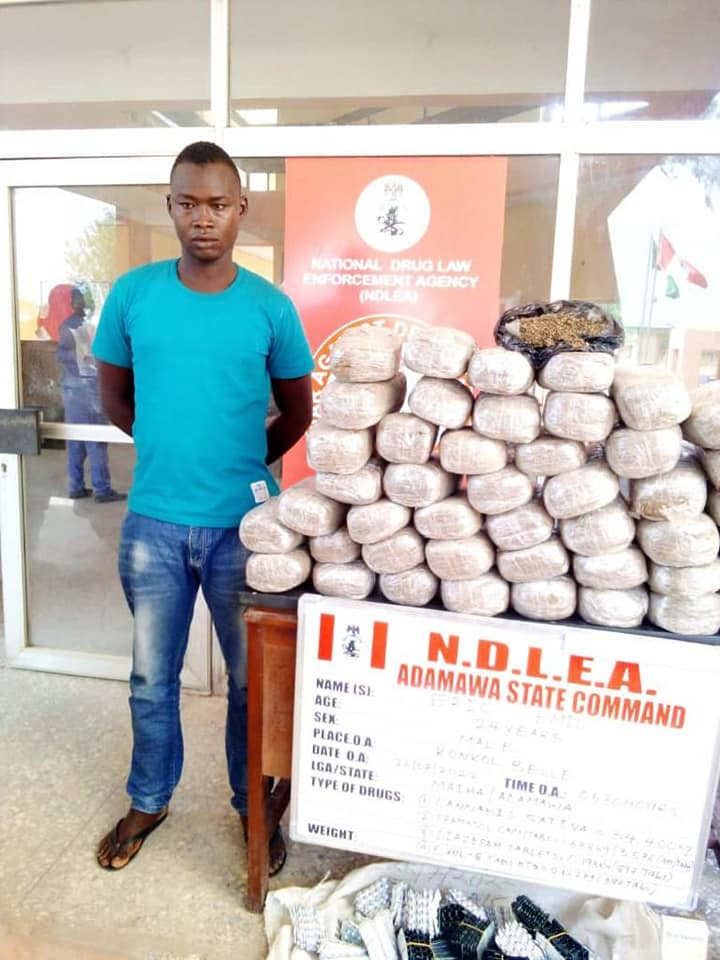 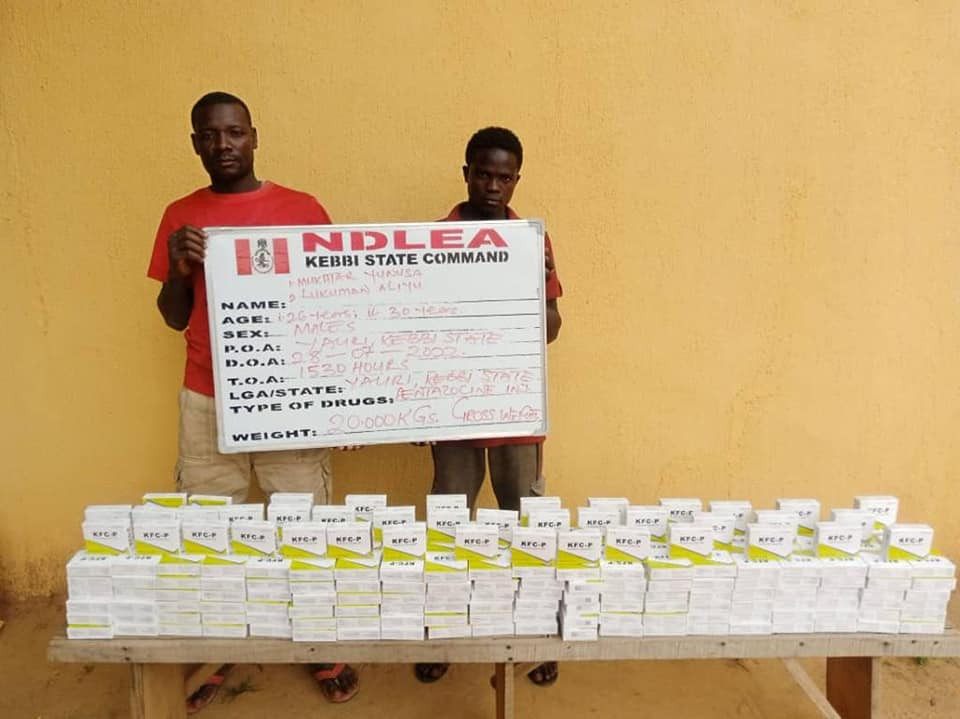 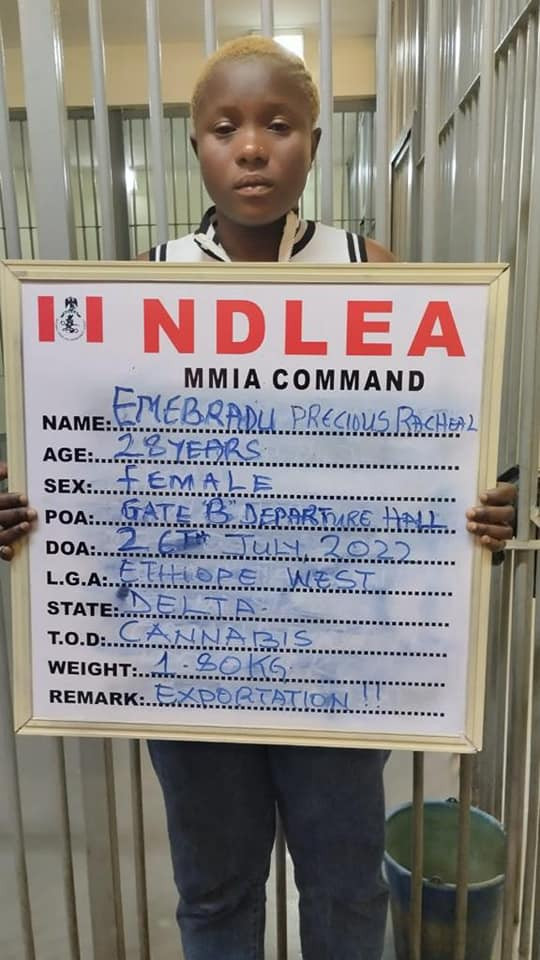