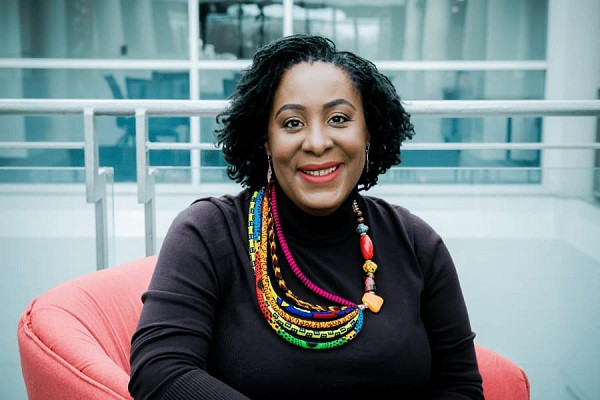 US-based Nigerian Professor, Uju Anya, has taken to her Twitter handle to appreciate Nigerians for riding hardest with her after her tweet addressed to Queen Elizabeth generated mixed reactions from people all around the world.

Shortly after the Queen’s deteriorating health was announced before her final demise last week, Uju went on Twitter to describe the Queen as the “chief monarch of a thieving raping genocidal empire”. She went on to wish her excruciating pain.

”I heard the chief monarch of a thieving raping genocidal empire is finally dying. May her pain be excruciating.

I only wish my hatred had the effect on her that her monarchy had on my people.”

Her post generated a mixed reactions with some people in support while others attacked her.

This morning she took to Twitter to appreciate Nigerians for standing by her and also stated that she is still gay. Read her tweet below…

”+234 Twitter, good morning. I give you special thanks for riding hardest for me. My Nigerian people, especially in and from Alaigbo, saw how much I love you and showed me love back. Together we shared our pain and taught the world our history. Thank you. 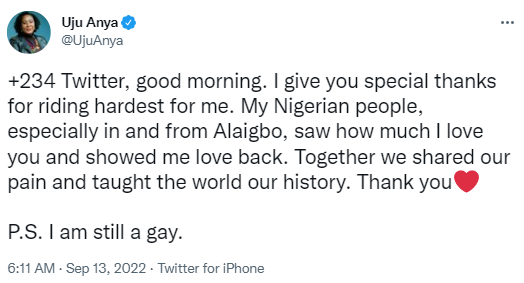