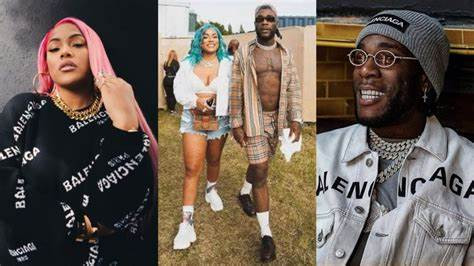 Jamaican-born British singer, Stefflon Don has opened up on her relationship with Nigerian music star, Burna Boy and his hit song ‘Last Last’ after their breakup.

In an interview with TT Torrez, Stefflon revealed that they were together for two and half years.

When asked if she feels her ex-boyfriend’s hit song ‘Last Last’ was about her, she told Torrez that “whatever she thinks, is what it is”. She also stated that she feels Burna Boy said a lot in the song which is now a global hit.

Watch the video below…..