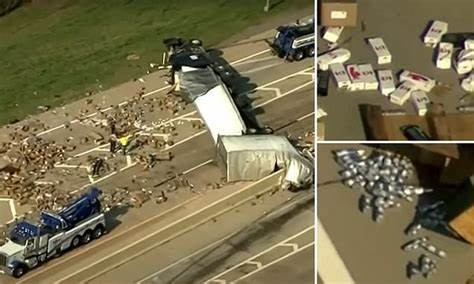 An Oklahoma highway got littered with sex toys after a semitrailer hauling the items and lubricants overturned and spilled its “love loads”.

Footage from the crash site shows an overturned truck with hundreds of boxes with metal cans and pink labels spilled out onto the highway on the western end of Oklahoma city. No one was injured – but the lubricated road took hours to clean up. 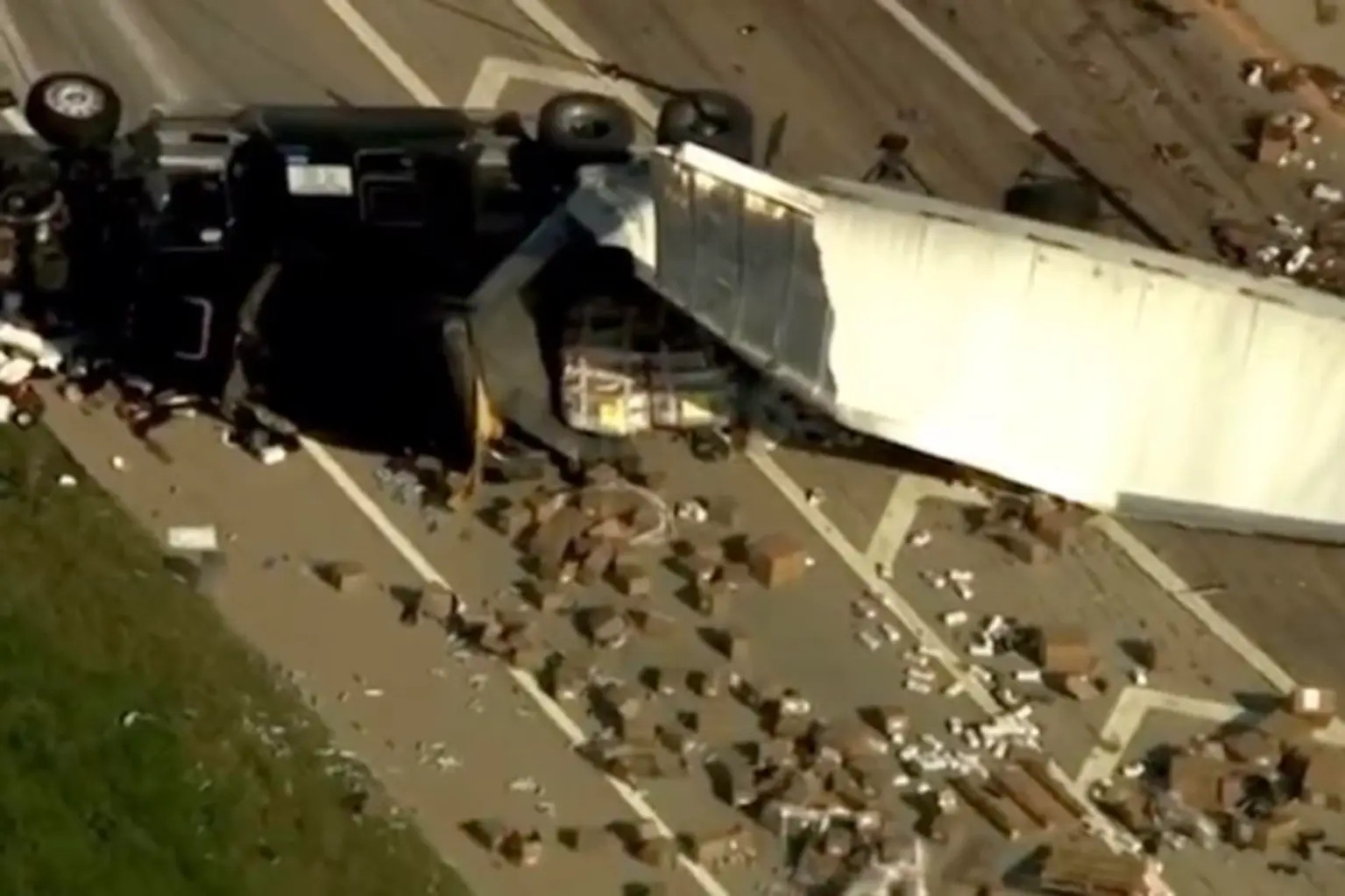 New York Post reported that incident which occurred on Wednesday September 14, led to traffic on Interstate 40 near Mustang on the western fringes of Oklahoma City. 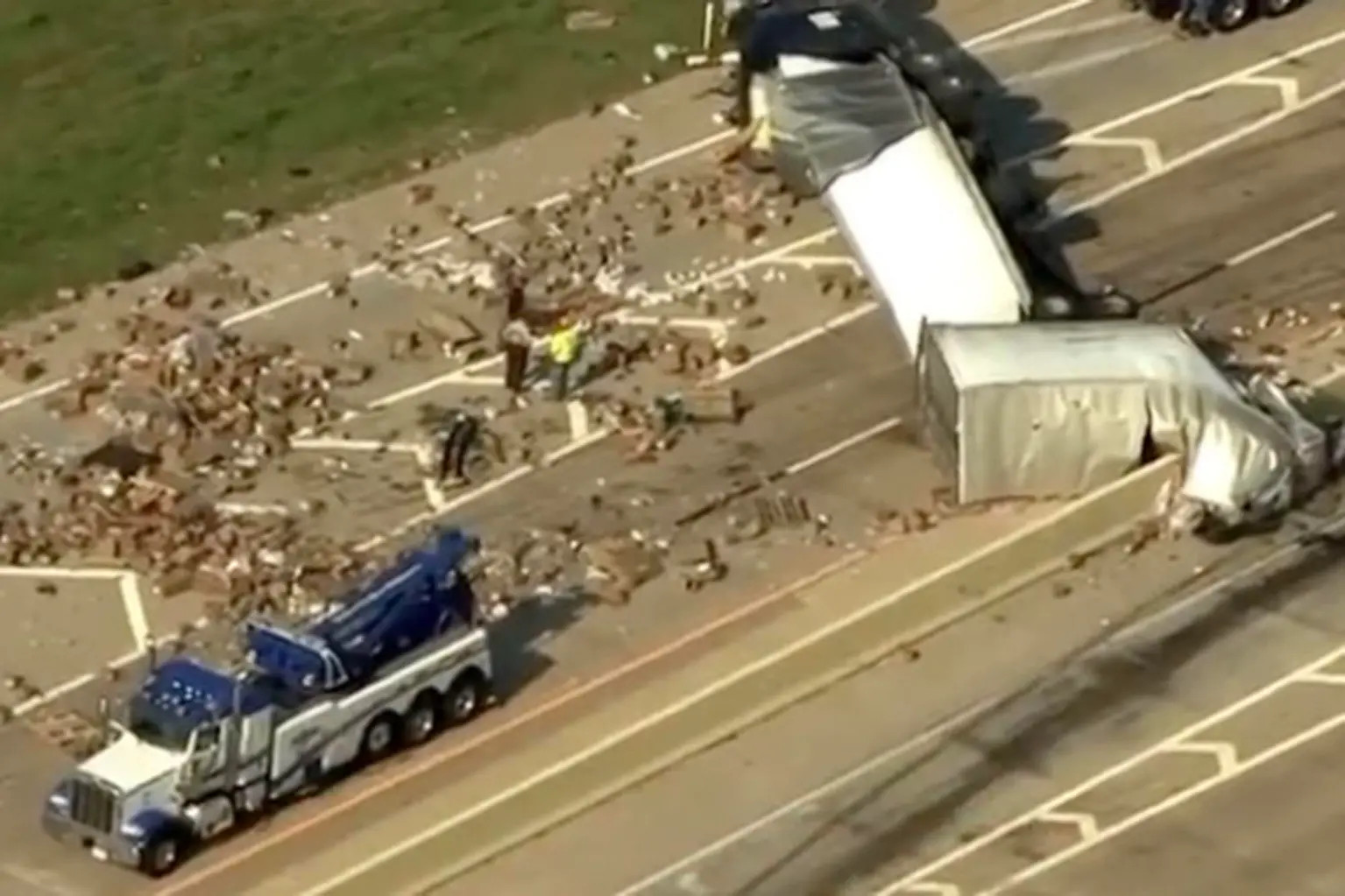 ‘This is a semi that overturned and lost its load here,’ Gardner said to an anchor. ‘There is a lot of stuff to clean up.’

‘Jim, can you tell what he’s carrying there? What’s all over the road?’ the anchor asked while observing the cleanup crew pick up the boxes. 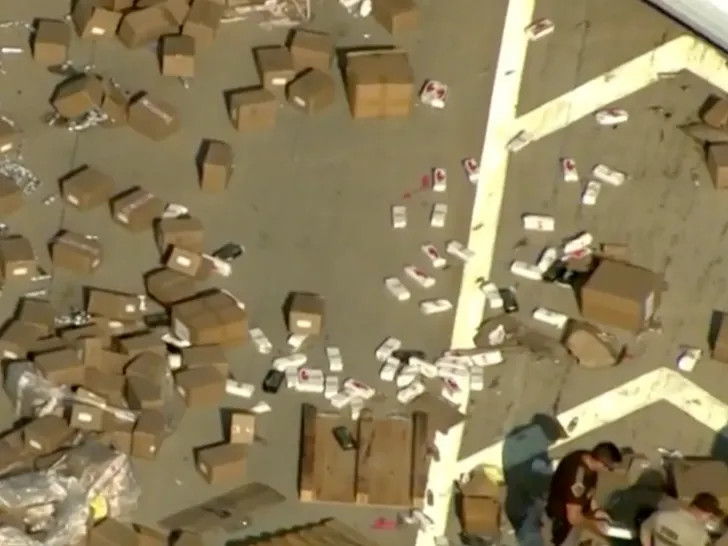 Gardner paused before responding, ‘Not really. Maybe you can tell – I can’t tell.

He continued while zooming into the mess, ‘There’s a lot of stuff laying on the road – whatever it is it’s going to take a while to clean up.’

Here’s a video from the scene…….