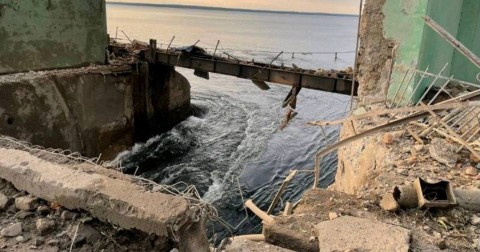 The Russian military bombed a reservoir dam in Ukraine’s president, Volodymyr Zelensky’s hometown with the intention of flooding the city, authorities have said.

The dam attacks comes after a successful counter-offensive by Ukrainian troops where Ukraine captured over 5000km of territory, pushing back Russian forces. 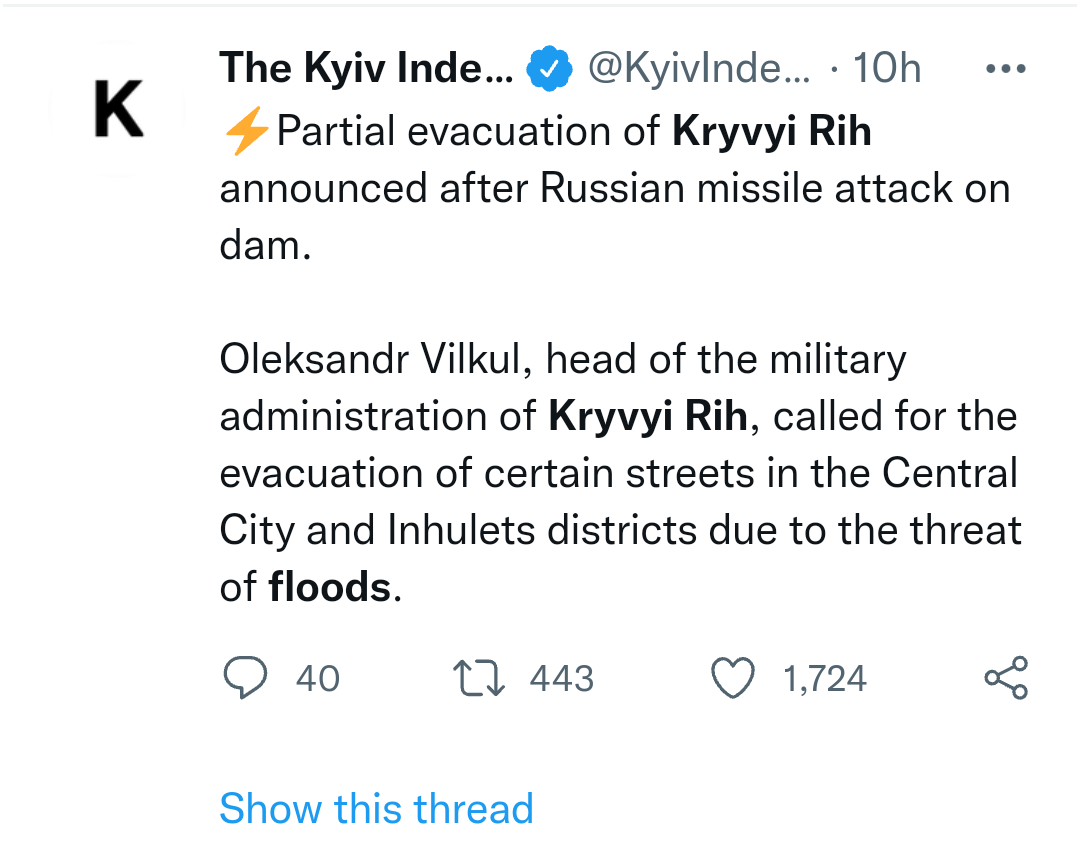 Zelensky, who also survived a car crash on Wednesday night September 14, said the strikes appeared to be an attempt to flood the city, which is around 93 miles south-west of Dnipro in central Ukraine.

Video posted online showed high water levels on the river and flooded streets, as evacuations of residents were suggested.

City head Oleksandr Vilkul said that some people had been evacuated and houses had been damaged, but the situation was under control.

President Zelensky slammed Russia for the attack, saying the dam had ‘no military value’.

‘Scoundrels who, having escaped from the battlefield, are trying to do harm from somewhere far away,’ he said.

Anton Gerashchenko, an adviser to the interior minister, posted a video of what appeared to be a small bridge being washed away.

‘Rockets were directed at hydraulic structures. This caused water level of (the) Inhulets river to increase, threatening the city,’ he tweeted.

The Institute of the Study of War said that footage of the aftermath of the strike showed a 2.5 metre increase in the water level of the Inhulets River, which is ‘an important geographical feature for the ongoing Ukrainian counteroffensive along the Kherson-Mykolaiv border’.

Watch a video of the attack below…