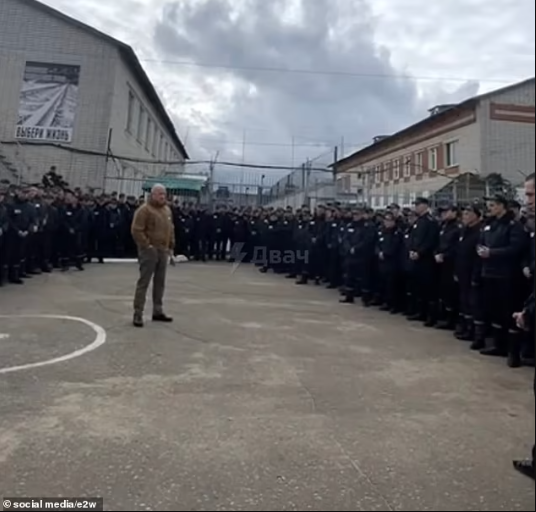 The Russian government has released murderers and sex offenders to go fight in the Ukraine war for six months.

In a new video obtained by Mail Online, Putin’s ‘chef’ was filmed offering a pardon to violent criminals and sex offenders locked up in a Russian prison if they survive fighting in Ukraine.

Wagner boss Yevgeny Prigozhin, 61, told prisoners they should take their own lives instead of being captured in Ukraine, holding one grenade for the enemy and one for themselves. 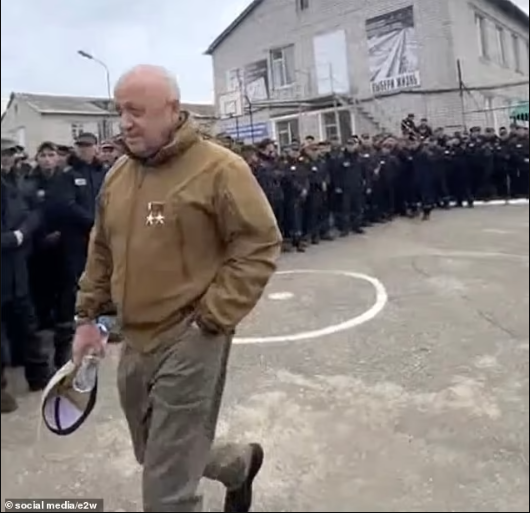 Video shows Prigozhin telling the criminals they can become war heroes or be shot as deserters, as the Kremlin steps up recruitment of inmates after suffering a humiliating defeat against Ukraine’s army in the east.

‘This is a hard war, not even close to the likes of [Chechnya] and the others,’ he was videoed telling them.

‘My ammo consumption is two-and-a-half-times higher than in the battle of Stalingrad,’ where there were almost two million casualties, he said.

Murderers, sex offenders, and burglars are offered instant freedom and a pardon from Putin if they survive six months at the frontline in the bloody war.

Those who die will be buried ‘as heroes’, he tells them. 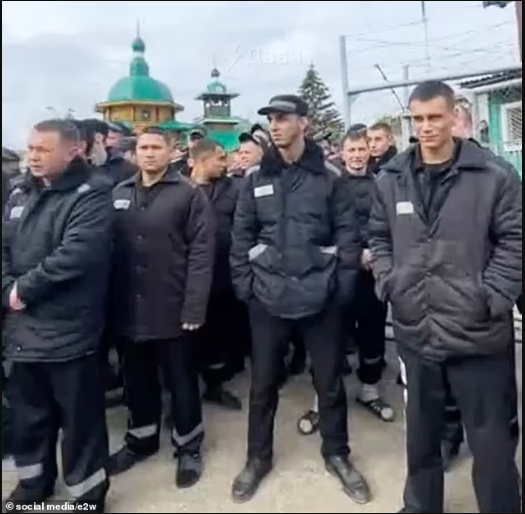 Those who face capture by Ukraine are ordered to use grenades to kill themselves rather than fall into enemy hands.

Convict soldiers who desert are told they will be instantly executed with a bullet to the head.

A secretly filmed video shows Prigozhin, 61, admitting that he represents the Wagner private army, deployed by Putin in Ukraine.

He has previously denied a link to Wagner which is known to have already recruited thousands of inmates as Russia deploys its most dangerous prisoners as fighters.

‘I am a representative of a private war company, perhaps you heard the name – Wagner Group,’ he tells the assembled prison inmates.

He warns the convicts: ‘The first sin is deserting. No-one deserts, no-one gives up, no-one surrenders. You’ll be taught what to do regarding surrender.’

‘They should take their own lives, and not be taken prisoner, he said.

‘Two grenades which you must have on you,’ he went on [One grenade for our foes, and one for yourself].

‘The second sin is alcohol and drugs in the war zone [which are banned]… The third sin is marauding – this includes sexual contacts with local women, men, flora, fauna, anyone.