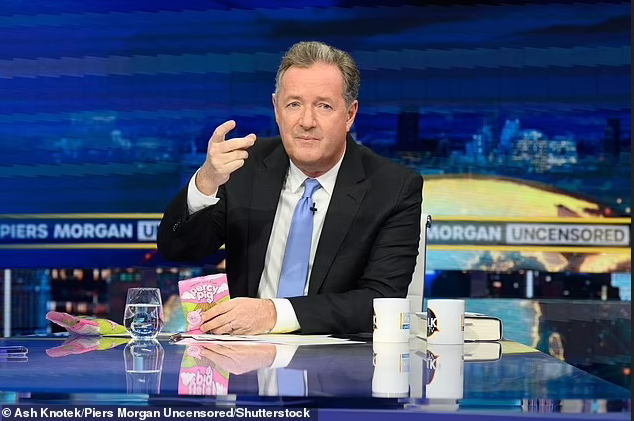 The UK has been one of Kyiv’s most loyal supporters after Russian president Vladimir Putin sent troops to start attack Ukraine on February 24,

Russia’s foreign ministry said the citizens listed, most of whom were politicians, government employees and journalists, ‘contribute to the hostile course of London aimed at the demonisation of our country and its international isolation’.

‘The choice in favour of confrontation is the conscious decision of the British political establishment, which bears all responsibility for the consequences,’ the ministry added.

Moscow has banned several dozen British citizens, mostly politicians and journalists from entering Russia since the start of its military campaign in Ukraine.

The new additions include several Labour MPs, Scottish politicians and members of the House of Lords. 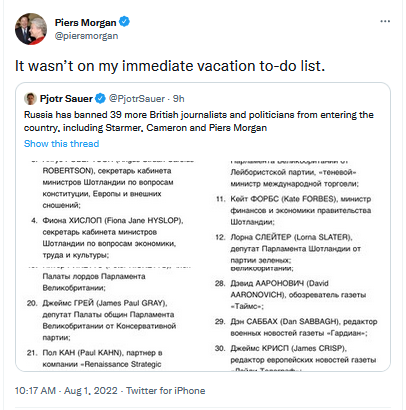 Russia’s foreign ministry said it would keep adding to the list which now includes more than 200 prominent Britons.

‘Given London’s destructive drive to spin the sanctions flywheel on far-fetched and absurd pretexts, work on expanding the Russian stop-list will continue,’ it said in a statement.

This is the latest list of 39 high profile British citizens which the Russian foreign ministry today announced had been blacklisted in Moscow: