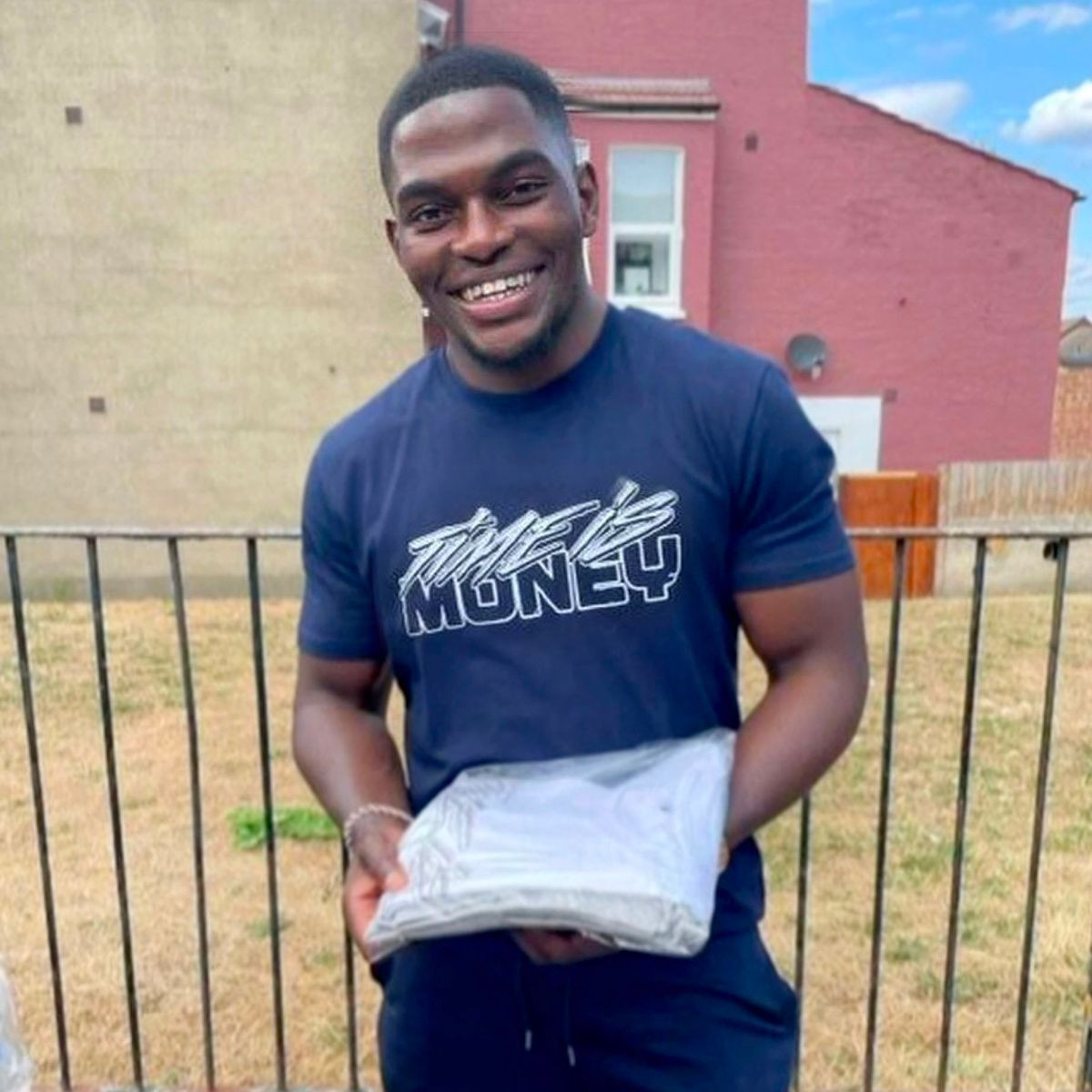 Top officials representing officers from the Metropolitan Police have thrown their support on their ‘brave’ firearms colleague involved in the fatal shooting of a rapper in south London.

Rapper Chris Kaba, 24, was shot by armed officers following a police chase, which ended in Streatham Hill on September 5.  The father-to-be’s Audi was attacked by two police vehicles in Kirkstall Gardens, and one round was fired from a police weapon.

But a later investigation found Mr. Kaba had not been armed when he was killed by police -which prompted the suspension of the officer involved in the shooting.

Now The Metropolitan Police Federation, which represents more than 30,000 officers of all ranks across the capital, has thrown its support behind the unnamed firearms cop.

Writing on Twitter, the organisation said: ‘Being a firearms officer in London is one of the world’s toughest jobs. Officers — volunteers — know the responsibility/accountability that comes with it and deserve our support. Ill-informed commentary from those in positions of power following any tragic incident is unwarranted.’

The federation added: ‘The Metropolitan Police Federation is supporting a brave firearms colleague involved in a recent incident in South London – and we are also supporting their family. Our thoughts are with all affected.’

The statement comes amid concerns armed police will hand in their guns and go on strike after their colleague was suspended over Mr. Kaba’s death.

They are said to be ‘furious’ about the IOPC’s decision to suspend the officer who shot Mr Kaba in south London.

The officer had initially been placed on restricted duties but has since been suspended after the IOPC launched their homicide investigation.

Commenting after the suspension, Assistant Commissioner Amanda Pearson said: ‘Firearms officers do a difficult and often dangerous job every day to try to protect the public and serve London.

‘They know that on the rare occasions when they discharge their weapons, they will face intense scrutiny. We don’t underestimate the significant impact on the officer and colleagues.

‘The decision to suspend the officer does not determine the outcome of the IOPC investigation and we continue to co-operate fully with the IOPC.’

One source said of the officer’s suspension: ‘There is real anger in the ranks about this. Firearms officers do not get any extra money to carry out their role.

‘They are all volunteers and they are increasingly feeling what is the point of doing this if our bosses do not have our backs’.

‘There is no protocol requiring an officer to be suspended following a fatal shooting, it has not happened in other cases so the question is “why now”?’

The source added the decision to suspend the person involved had been taken to ‘placate public anger’ and asked what message it sends to other armed officers who go out and risk their lives every day.

It is unclear how many of the 3,200 armed officers in the Met Police will step back.

However, sources have said the mood is ‘ugly and growing.’ Some supporters of the officer, according to The Sun, claim he is being used as a ‘political sacrifice’.

According to the Telegraph, the armed officers are set to tell their bosses that they will step back from the role after the Queen’s funeral is over and that they will not carry guns on patrol.

The IOPC said that officers had pursued the car as the car Mr Kaba was driving was flagged up on automatic number plate recognition and they believed that it was linked to a previous firearms incident.

The police body later said that no gun was found in the car and it was not registered to Mr. Kaba.

Mr. Kaba’s family, campaigners, and MPs had previously called for the officer to be suspended.

London’s Mayor, Sadiq Khan, said that the suspension is a ‘really important decision’ which he ‘fully’ supports.

It comes after Chris Kaba’s family said that they were not told he had been killed for 11 hours and demanded to see a video of his final moments.

His cousin Jefferson Bosela, speaking on BBC Radio 4’s Today programme, said: ‘The family found out 11 hours [after he died], so his mum would have woken up and have gone to work not knowing that her son wasn’t alive any more.’

Mr. Bosela said that the family would like to see bodycam and aerial footage of the incident, and would like to know how long the IOPC investigation will take to complete.

He said: ‘We want the footage to be shown to the family to have a clear understanding of what happened.’

On the IOPC’s decision to yesterday suspend the officer, Mr Bosela said that the family welcomed it but thought they had been too slow to act.

Mr. Bosela added: ‘I think the second an investigation was opened he should have been suspended from there.

‘You know, it’s the fact that the IOPC are moving a bit too slow. First we wanted a criminal investigation opened and that took three to four days, and then we wanted the officer suspended and that took another two days.

‘So it seems that there is no urgency in their dealings in this tragic matter.’

‘We won’t be waiting years for this. We want justice as soon as we can.’