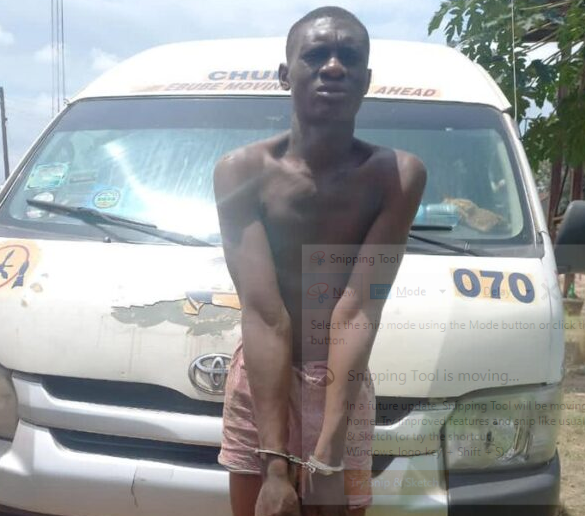 A man identified as Akpa Lebechukwu from Enugu State has been arrested for macheting a commercial bus driver to death at Okija Junction, Ihiala Local Government Area of Anambra State today September 18.

A statement released by DSP Ikenga Tochukwu, spokesperson of the state police command, says the driver who was leaving Lagos and heading to Imo State, parked to drop off a passenger, when he attacked by the criminal. He said the suspect jumped into the vehicle after the driver had dropped off a passenger and macheted him.

The suspect attacked the driver of a commercial vehicle on transit from Lagos to Imo state at Okija junction, along Onitsha/Owerri Expressway.

The victim parked to drop a passenger before Lebechukwu jumped into the vehicle and macheted the driver. The driver was rushed to the hospital before he was declared dead by a medical doctor on duty.”

It was however not clear what the intention of the attacker was or his state of mind.

Ikenga quoted the Anambra State Police Commissioner as ordering the immediate transfer of the matter to the state criminal investigation department. 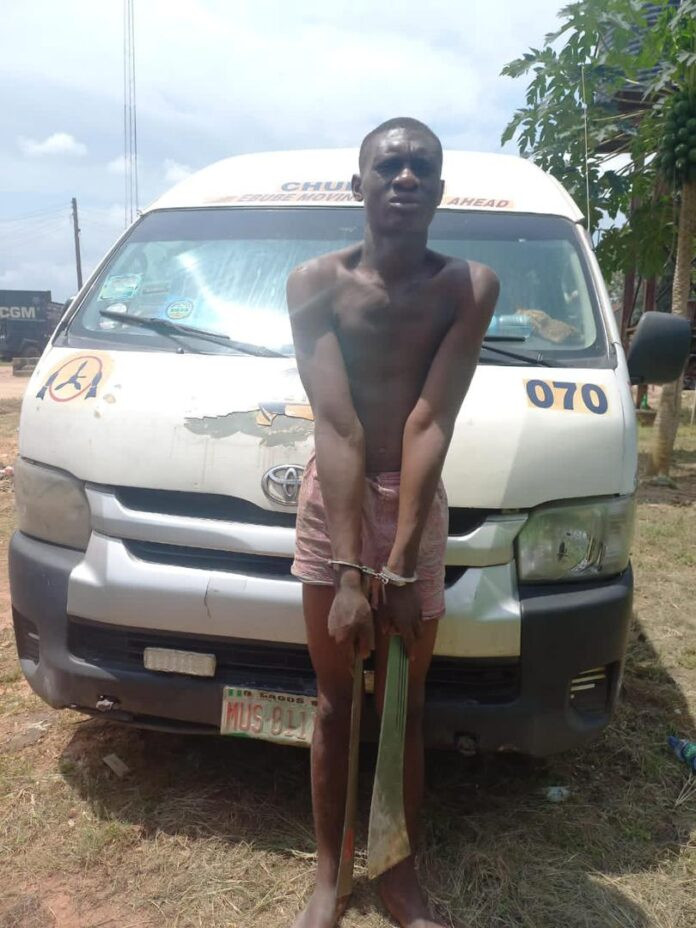