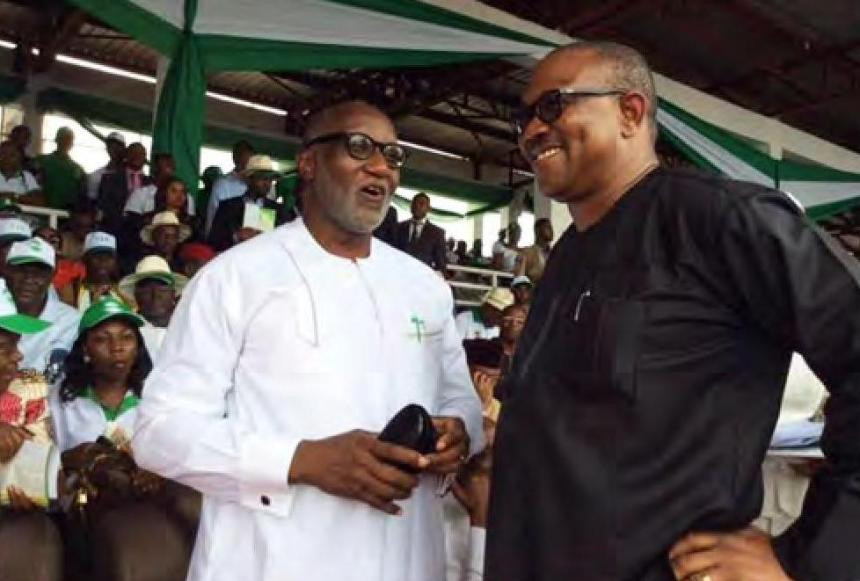 Oseloka Obaze, the Secretary to the State Government during the administration of Peter Obi in Anambra state, has reacted to former Governor of Edo state, Adams Oshiomhole claim of him (Obi) not fighting insecurity in Anambra state.

Recall that while addressing APC youths on Sunday September 18, Oshiomhole had said that Obi was overwhelmed by the nefarious activities of a “dreaded gang”, known as the Bakassi Boys.

“For those of you who are social media warriors, there are issues here that you need to speak to. Go to Google and look at the first six months of Governor Obiano administration in Anambra State. What you will find on Youtube, is Governor Obiano demolishing houses of kidnappers and those who were then referred to as Bakassi boys and Bakassi girls.

“Who was the governor when Bakassi developed and who solved the problem? So, if a man could not solve a security challenge in his own state, which requires courage. How can he convince you that he will solve security challenges all over Nigeria?

“Don’t take it from me, go to Youtube and find out the first six, nine months of Governor Obiano and ask yourself, who was his predecessor, it will tell you it’s, Peter.

“If he has solved the security problem, will Obiano be using bulldozers to demolish houses of kidnappers, Bakassi boys, Bakassi girls, bandits?”

Reacting to the claim made, Obaze stated that he can speak authoritatively on robust security architecture in Anambra setup by Obi which his successor Willie Obiano inherited.

Gov. Osimole dabbles in sophistry. As SSG for Peter Obi & Gov. Obiano, I can speak authoritatively to @PeterObi  setting up the robust security architecture in Anambra Obiano inherited. Obi was 1st Gov. to legally demolish building used for kidnapping. 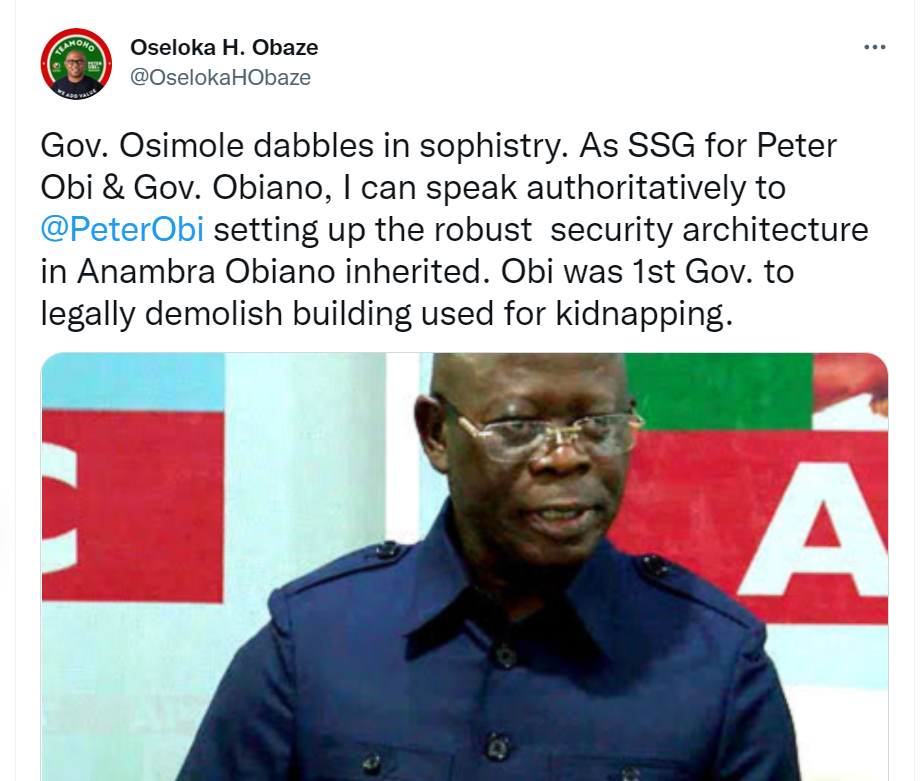 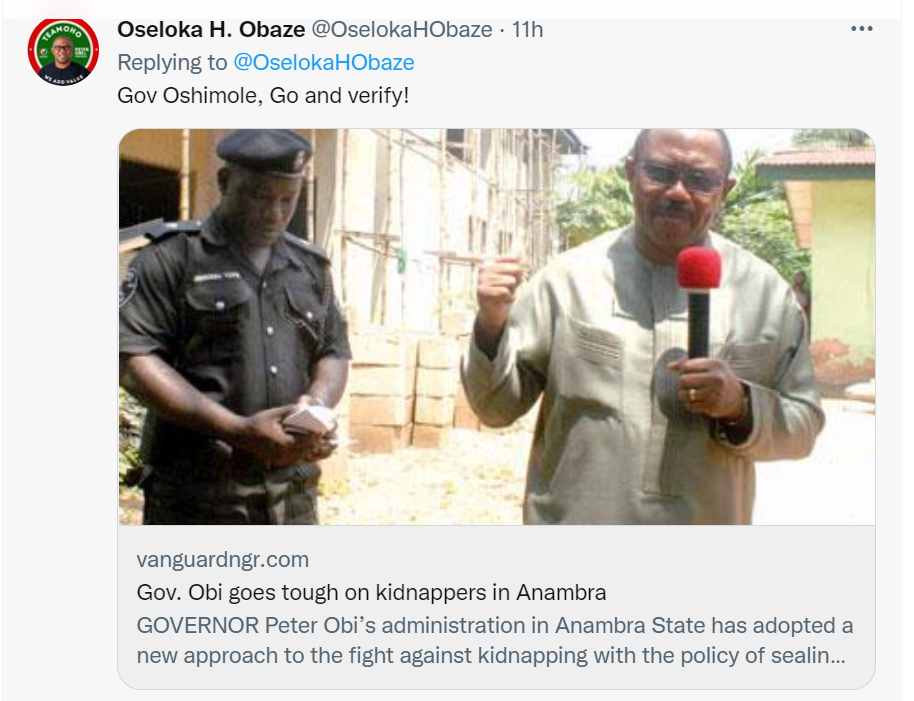