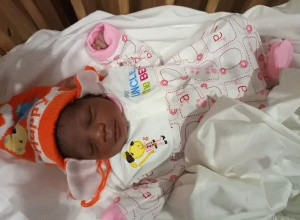 A one-day-old baby boy was abandoned inside the General Hospital in the Kazaure area of Jigawa State on Thursday, September 22.

The spokesperson of the state police command, DSP Lawan Shiisu Adam, made this known in a statement issued.

He said the boy was handed over to the Community Department of the LGA by the Director Clinical of General Hospital Kazaure. He added that five women in the community immediately volunteered to breastfeed the child.

Shiisu pointed out that Community Department of the Kazaure LGA applauded their concerns and promised to screen them.

“Upon completion of the screening, one among them would be considered to breastfeed the baby,” DSP Shiisu said