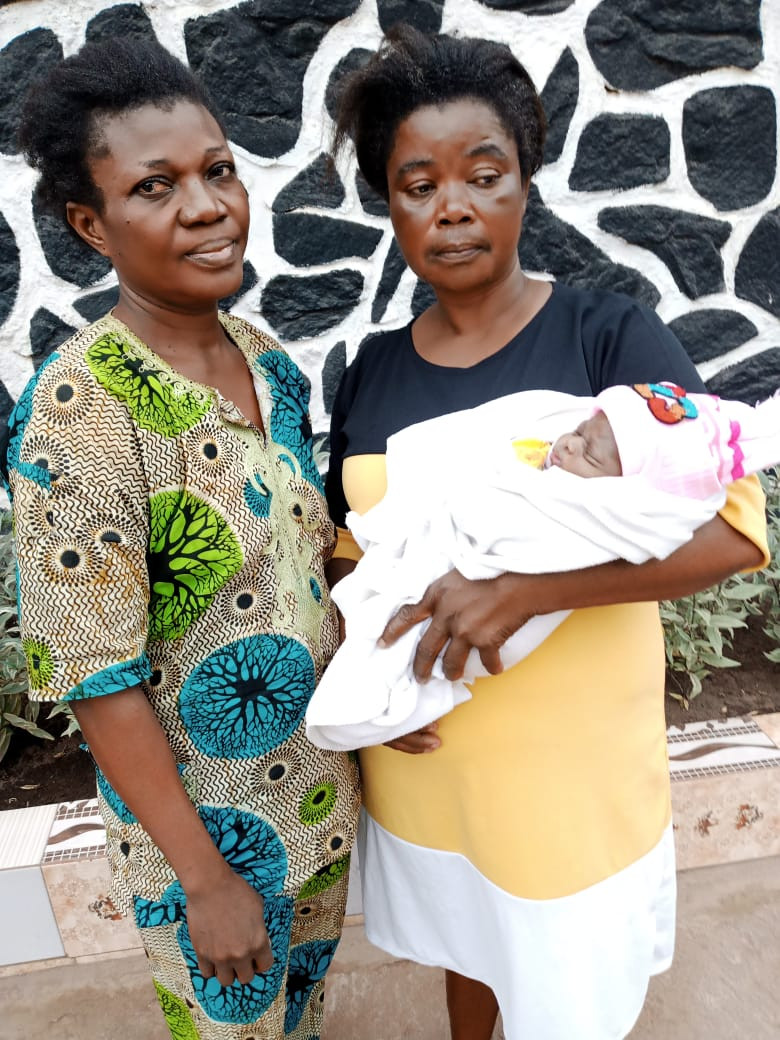 Men of the Ogun state police command have arrested a 53-year-old woman, Chinyere Nwozu, for stealing a one-week-old baby boy.

The suspect was arrested at about 9 am of the said date, when she was seen with a little baby who was crying but she can not breastfeed him as a mother.

This aroused the suspicion of some members of the public, who quickly alerted the police at Sango Ota divisional headquarters.

Upon the information, the DPO Sango Ota, SP Dahiru Saleh, detailed his detectives to the scene where the woman was promptly arrested. On interrogation, she confessed to the police that she is not the biological mother of the child but that she bought the child somewhere in the Agege area of Lagos state through one Ngozi Akaeme at the rate of 500,000 naira.

Upon her confession, detectives went after the said Ngozi Akaeme and got her arrested. She confessed been an accomplice to Chinyere Nwozu, and that she actually negotiated with the biological mother of the baby who according to her agreed to sell the baby.

The spokesperson of the state police command, DSP Abimbola Oyeyemi, who confirmed the incident, said efforts to make her accompany policemen to locate the real mother of the baby proved abortive.

Meanwhile, the commissioner of Police, CP Lanre Bankole has directed that the suspects be transferred to State Criminal Investigation Departments for further investigation and possible prosecution.