Liverpool landed the first blow of the new season as they beat Manchester City 3-1 to win the Community Shield.
Trent Alexander-Arnold got the Reds up and running in the first-half with a deflected effort, as Liverpool looked much the better side in the early stages. 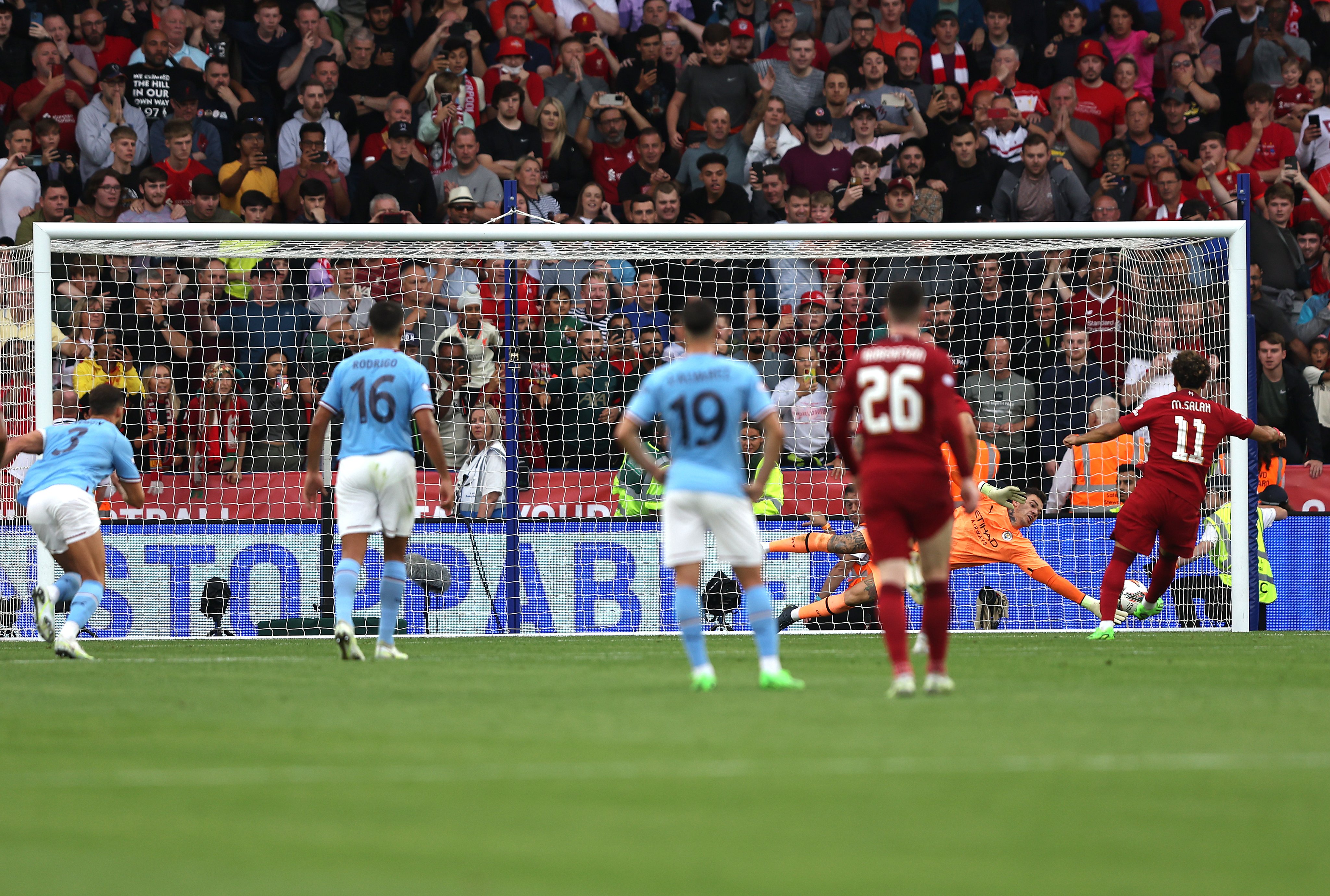 City equalised with 20 minutes to go, as Julian Alvarez finished from close range, and that looked set to send the match to penalties. Only Mohamed Salah was required to step up to the spot though, putting away his penalty to restore the lead, before Darwin Nunez got on the scoresheet in stoppage-time to seal victory. 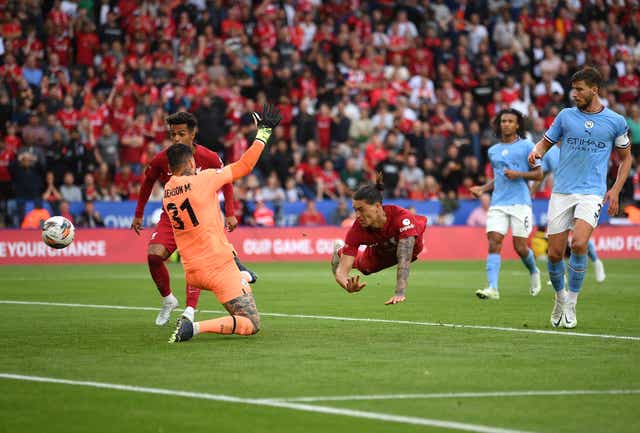 It completes the set of domestic trophies for Jurgen Klopp in his time in England, as his side laid down an early-season market.
Erling Haaland started for City at the King Power Stadium, hosting the Community Shield with the focus at Wembley on the Women’s Euro 2022 final on Sunday. Direct comparisons to Nunez had to wait, with Klopp naming his big-money signing on the bench.
Liverpool made a flying start, with Thiago and Luis Diaz having shots blocked in the opening minutes and Salah causing Joao Cancelo all sorts of problems on the right wing.

The Reds looked like a side further along in their pre-season preparations and the reward came with just over 20 minutes played. Salah played the ball back to Alexander-Arnold, who whipped it into the far corner off the inside of the post, with the help of a slight deflection off Nathan Ake’s head.
Kevin De Bruyne could have put City level within a couple of minutes, but fired into the side-netting from a tight angle, while Riyad Mahrez had a couple of tame efforts at goal as he drifted onto his left foot in trademark fashion.
It was a relatively quiet 45 minutes for Haaland but his chances inevitably came, and in the space of about 60 seconds. He shrugged off Andy Robertson to get a first shot away, which was comfortably saved, before the City striker was unable to convert a superb cross from Bernardo Silva.
City had the opportunity to equalise barely a minute into the second-half, as Mahrez brought down Rodri’s ball over the top, but the winger’s effort from close range was scuffed straight at Adrian.
Nunez was introduced just before the hour mark for the Reds, to a huge ovation from the Liverpool fans. He was played in on goal shortly after coming on, but was unable to beat the onrushing Ederson.
Another new signing coming off the bench, Alvarez, did get on the scoresheet as he levelled the match up. He turned the ball home from close range after Phil Foden’s effort was saved and although it was initially ruled out for offside, a long VAR review resulted in the goal being awarded.

Read Also: PSG bid to launch Galtier reign with Champions Trophy
On that occasion VAR helped City, but it would soon do the opposite. Nunez’s header looked destined for the back of the net, but was blocked by Dias’ arm. The referee waved away Liverpool’s wild appeals for a penalty. Another review followed and eventually the spot-kick was given, which Salah dispatched with minimal fuss.
There was no real late charge from City, as Liverpool’s afternoon was capped with a goal for Nunez. Robertson nodded the ball down to the striker and he headed past Ederson from close range.

Haaland had his chance to get on the scoresheet with effectively the final action of the match, but somehow hammered an effort onto the bar and over from a couple of yards out, his rueful laugh summing up a frustrating afternoon for City.