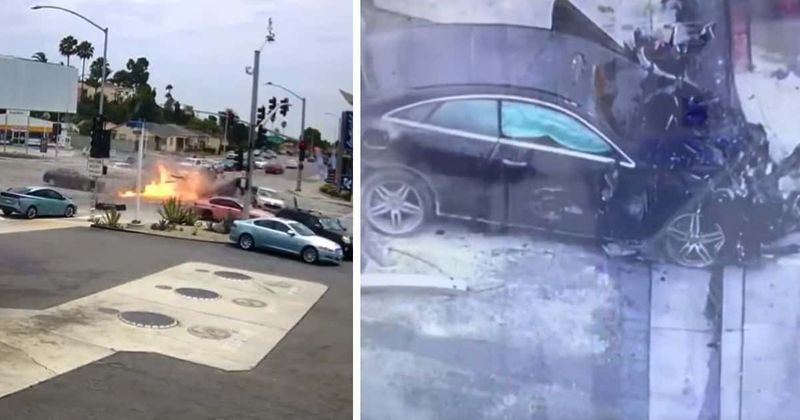 Five people were killed, including a baby and pregnant woman after a car collided with other vehicles in a fiery explosion caught on video at a Los Angeles intersection.

The crash occurred at around 1:40 p.m on Thursday, August 5, in View Park-Windsor Hills, an unincorporated community in Los Angeles County, the L.A. County Fire Department said in a tweet

The department said it has assessed and transported 14 people, five of whom were dead on arrival and eight injured and taken to area hospitals. 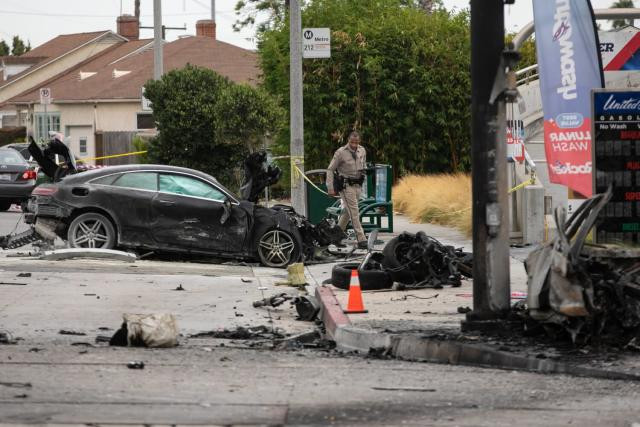 Among the deceased were an infant, a pregnant woman, and her unborn child. At least two other adults were also killed. Eight others, six kids and two adults suffered minor injuries and were rushed to the hospital. One other person was treated at the scene.

The crash was captured on surveillance video by a nearby business and posted online.

The California Highway Patrol (CHP) told ABC affiliate KABC-TV that they suspect the crash was caused by the driver of a Mercedes-Benz speeding south of La Brea Avenue and running a red light. At least six vehicles were involved in the crash and three of them caught fire, the station reports. The driver of the Mercedes survived the crash and is in the hospital with serious injuries, reported CBS affiliate KCAL-TV.

Crash victim Debra Jackson described her experience to KCAL: “All of a sudden, I heard a big explosion, but as I was trying to turn around, the flames just went over everybody,” Jackson said.

“The flames went over my whole car and they told me to jump out of my car … because I was trying to get out of my car, to go to the gas pump. And I jumped out of my car and just left my car sitting right there.” She added

Watch video from the crash below.