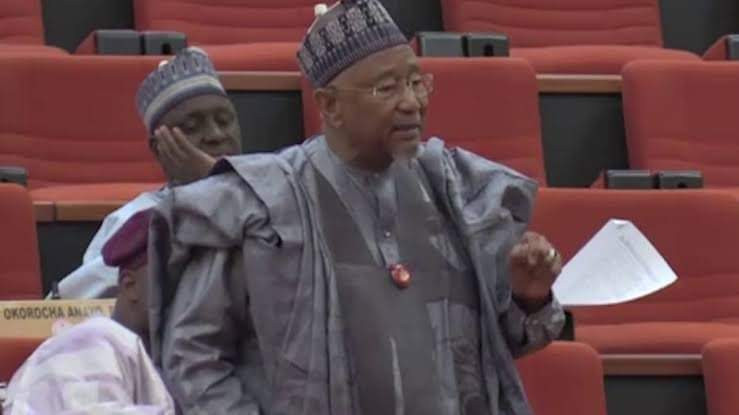 Lawmaker representing Bauchi North Senatorial District, Senator Adamu Bulkachuwa has revealed that most Senators are in support of plan to impeach President Muhammadu Buhari over widespread insecurity in the country.

The All Progressives Congress lawmaker revealed in an interview with Channels Television, that almost all members of the Senate backed the move when the lawmakers were in an executive (closed-door) session at the plenary last Wednesday.

Bulkachukwa further added that asides insecurity, the lawmakers also raised the issue of the economy.

“In the first instance, on that day, the Senate went into a closed session and it was at the closed session that these issues were discussed. Without divulging so much, I can tell you that majority of senators really felt there was the need to initiate that action.”

“It was not 100% unanimous per se but the majority supported it. And this didn’t come out to public knowledge because it was during a closed session. And (as) you know, closed sessions or executive sessions, there are no journalists, not even (members of) staff of the Assembly. It is purely a meeting of lawmakers – senators that are present on that day.”

He added that “what is happening is that we in the legislative arm of the government, we have tried all within our powers except one thing.”

Recounting how lawmakers tried financing and “making sure that he gets all he needs by way of budgeting”, he also pointed out that they engaged  he service chiefs and other heads of security agencies to find out their challenges “and when they divulge their problems to us, we try to proffer solutions and we go ahead to advise Mr President.”

“When we realised that all that have not actually worked, the security situation was getting worse and even the financial situation in the country is not improving, we thought we are just one arm of the government and we are limited in the execution of proposals and the actual enforcement of suggestions and laws; we are not responsible for all that.

“What we can do is try to draw the attention of the Executive (of the government) that we have tried everything and the only thing we have not tried is that we have to draw your attention to the fact that we have a constitutional responsibility to pull your ears at it were by way of notice of impeachment and give you a chance.”

Expressing hope of President Muhammadu Buhari taking a drastic decision to resolve the insecurity issue before the expiration of the six weeks impeachment ultimatum, the lawmaker stated “If you notice, since that day, Mr President met with the security chiefs and within the security apparatus, so many changes have occurred.”