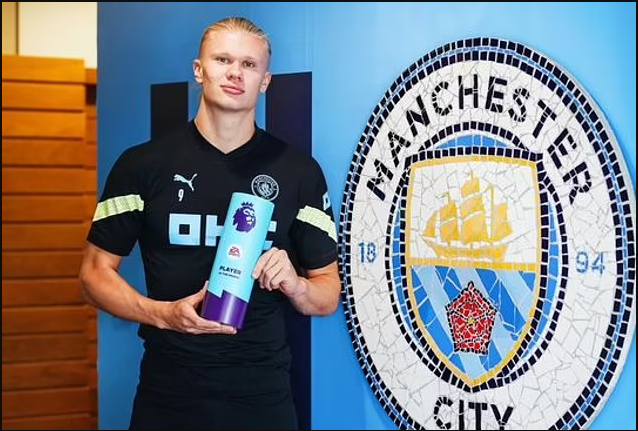 The Norwegian arrived at Manchester City from Borussia Dortmund for £51million this summer, and has scored nine goals in his opening five games across August before making that 10 in six in early September.

Haaland, 22, bagged a brace on his league debut against West Ham United and scored once at Newcastle United before hitting consecutive hat-tricks against Crystal Palace and Nottingham Forest as City won four of their opening five games.

The Norwegian beat competition from Arsenal duo Gabriel Jesus and Martin Odegaard as well as Fulham striker Aleksandar Mitrovic among others to win the award.