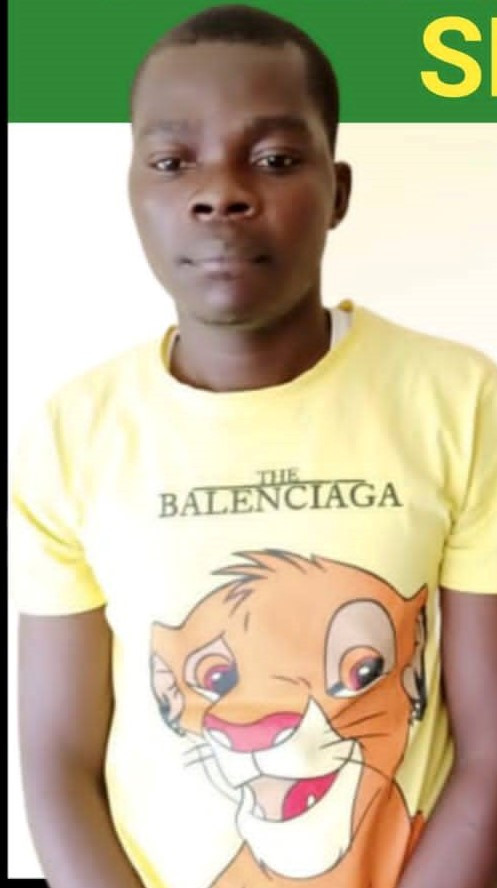 The defendant was first arraigned on one charge bordering on rape before Justice Olalekan Olatawura in March, 2022.

The charge read; “That the defendant on October 8, 2021 at Ilogbo Ekiti in Ido/Osi Local Government Area of Ekiti State did rape a nine-year-old girl, contrary to Section 31(2) of the Child’s Rights Law, Cap. C7, Laws of Ekiti State, 2012.”

In her testimony before the court, the victim, a primary three pupil, said when she went to fetch water and on her way back, Idowu asked her to follow him to his house to get something for her grandmother.

“I was fetching water to our kitchen when Oga Idowu asked me to come and get something for my grandmother, who I live with,” the minor narrated.

“I stood by the door, he asked me to enter, but I refused, he forced me to his room and covered my mouth with his hand, he used the other hand to remove his trouser and started forcing his manhood into my private part, I shouted, but nobody could hear me because he covered my mouth.

“I wept because I was in pain and he warned me not to tell anybody. When I got home, I did not tell my grandmother, but on the second day, when I could not walk properly, my grandmother asked what happened to me, I told her what Oga Idowu did for me,”

The defendant, however, spoke in his own defence through his counsel and called two witnesses.

In his judgment, Justice Olalekan Olatawura said, ‘‘Identification of the defendant by the victim as the person who raped her is not only compelling, but credible, same not having been discredited under cross examination and therefore not mistaken.”

“In all, I have established and proved beyond reasonable doubt by the prosecution that the defendant and no other person used his manhood to penetrate the private part of the victim.

“Consequently thereupon, the defendant is found guilty as charged. He is hereby sentenced to life imprisonment,” the judge pronounced.

A public notice posted by the Ekito State Ministry of Justice on Wednesday, September 14, 2022, said the convicted rapist has been put in its sex offenders’ register. 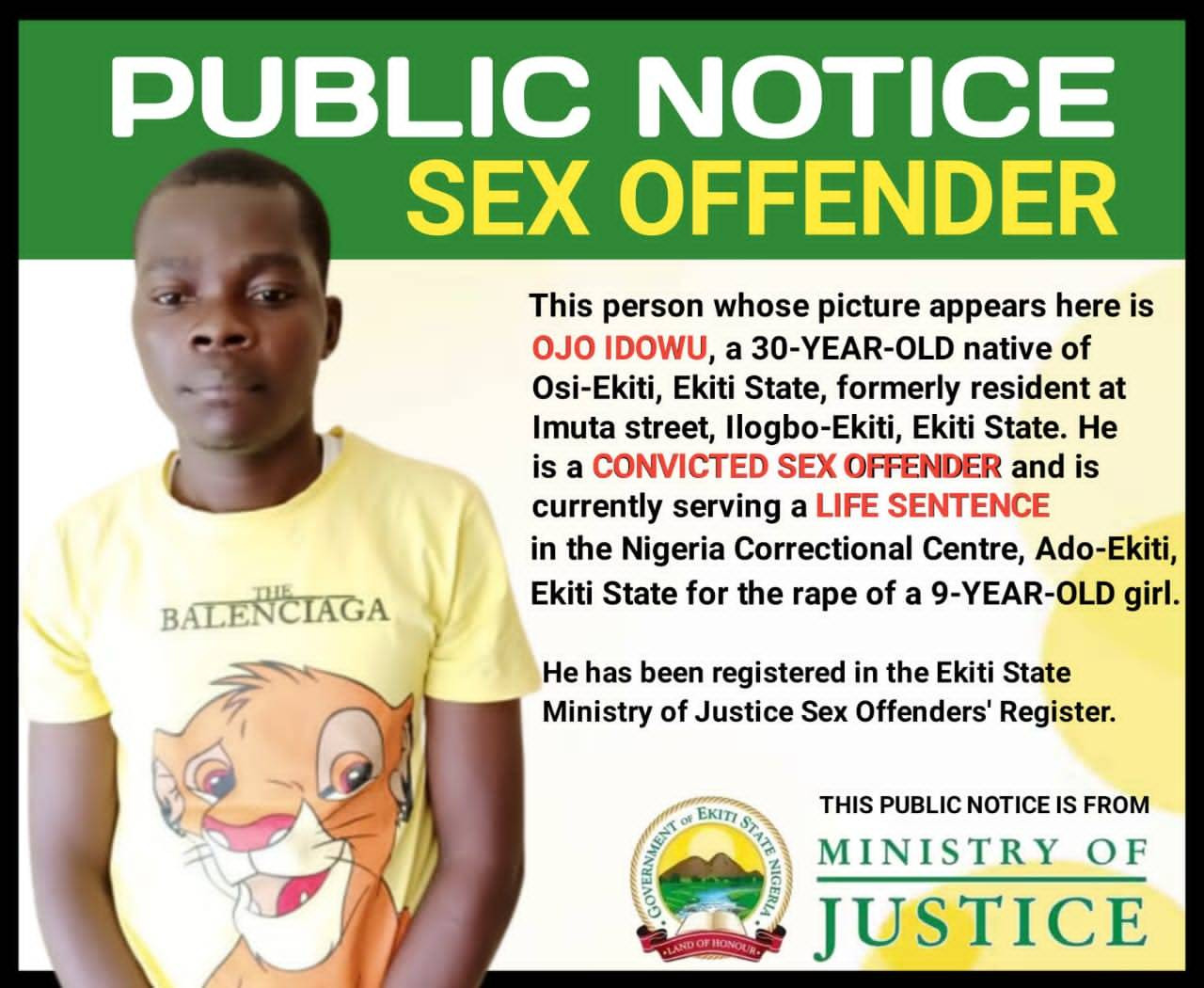