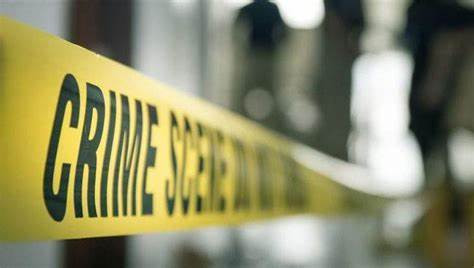 A middle-aged man has been arrested by the police in Murang’a, Kenya, for allegedly killing his 6-year-old stepson.

Charles Githua from Kiru Mathioya is accused of committing the crime on Sunday, September 11.

His wife Nancy Mumbi, revealed that he called her requesting to spend some time with her two children.

Mumbi also revealed that they separated about a month ago after the man started issuing death threats to her and the children. She said her late child never wanted to stay with his stepfather, but she persuaded him to go.

“He called me Sunday morning and told me he is waiting for the children at the usual place promising to bring them back.

“He has been picking the children on Sundays to go buy them sweets or cakes so I had no reason to worry about their safety.”

Mumbi said few hours later, the man called her and the child told her they were in the forest.

“The third time he called me, I heard a child crying at the background. I got worried fearing he might have hurt them.

“He told me he has finally fulfilled my wish which I didn’t understand.”

Later in the evening, Mumbi said, the man brought back only one child and did not disclose where the other child was.

The mother reached out to the family members and residents who embarked on a search mission for the missing child. His body was found dangling from a tree in the man’s farm on Monday, September 12 in the evening.

“He had bitting marks allover his body and he appeared to have been strangled to death.”

Mathioya OCPD Pauline Mwangi said the officers are interrogating the suspect to know what transpired.