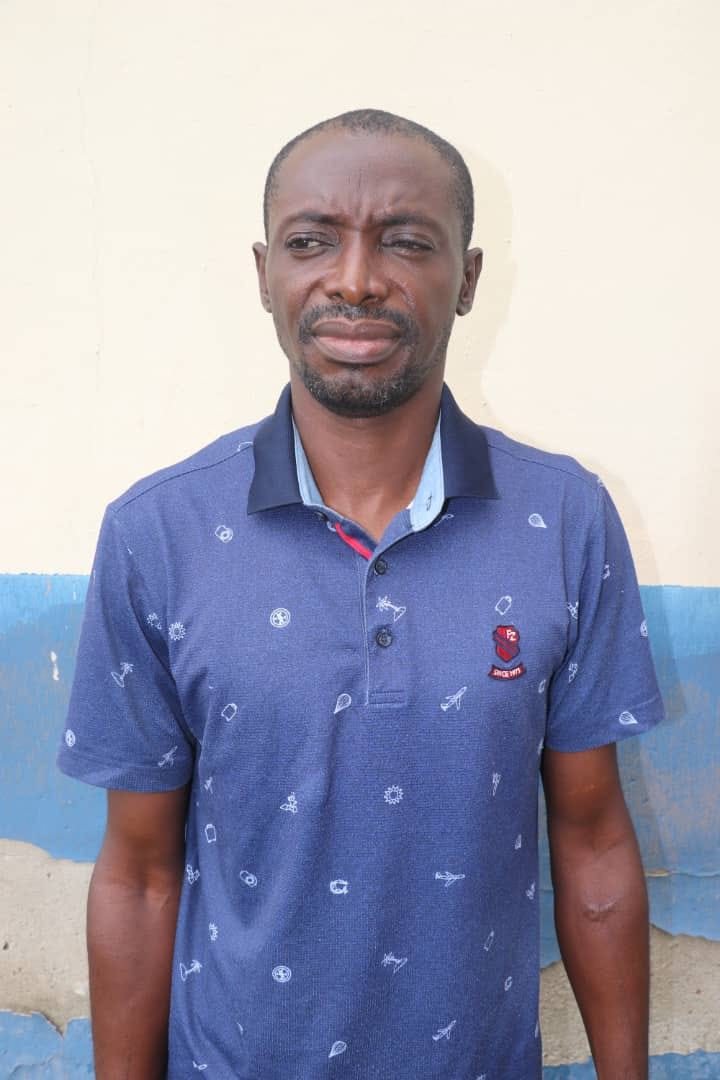 The Niger State Police Command has arested one of the inmates who escaped from Kuje Correctional Centre in Abuja during an attack on the facility by suspected terrorists.

Spokesperson of the command, DSP Wasiu Abiodun, who disclosed this in a statement on Monday, August 1, 2022, said the suspect identified as John Ijamu, was nabbed in Minna on Sunday, following a tip off.

The PPRO said Ijamu, 42, was arrested by police operatives attached to the Counter Terrorist Unit (CTU) of the Command after two weeks of hiding in a mosque.

He explained that the suspect hails from Apa Local Government Area of Benue State but resides in Minna.

“In a continued effort to recapture escaped inmates from Kuje custodial center during the jail break, on 31/07/2022 at about 0700hrs based on a tip off, Police operatives attached to Counter Terrorist Unit (CTU) of the Command arrested one John Ijamu aged 42yrs ‘m’ of Apa LGA, Benue State but residing along Mandela road, Minna,” the statement read.

“The inmate was arrested in his residence in Minna and during interrogation; he confessed that he escaped from the custodial facility during the attack along with other inmates while he escaped further to Lapai area where he stayed in a Mosque for about two weeks before he arrived Minna on 28/07/2022

‘He claimed that he was arrested in Abuja since the year 2020 for the offence of criminal conspiracy, armed robbery and receiving stolen property and he was remanded in the facility for the above mentioned offence he committed.

“The Commissioner of Police Niger State Command CP Monday Bala Kuryas, fsi commended the effort of the Police operatives and directed for the immediate transfer of the inmate to the custodial centre for further necessary action.”

The command urged members of the public to be more vigilant in their various localities and avoid habouring a stranger to be roaming about within the environment as criminal intentions may not be quickly known, in order to prevent any ugly incident.