Jurgen Klopp says his Liverpool side’s “attitude was not right” after they began their Premier League campaign with a 2-2 draw at Fulham.
The newly-promoted side dominated the first half and took a deserved lead through Aleksandar Mitrovic, and while the Reds improved after the break and levelled through impressive substitute Darwin Nunez, they still needed a late equaliser from Mo Salah to salvage a point after Mitrovic had scored again from the penalty spot.
Liverpool had looked fighting fit when beating Manchester City in the Community Shield last weekend but showed little of that form in their League opener and, having missed out on the title by a single point last term Klopp was left dismayed by his side’s display.
“This was about the result, actually that we get a point from a really bad game from my side, and now it’s a question of how can it happen?,” Klopp told BT Sport.

Jürgen Klopp admitted our performance in the 2-2 draw at Fulham to kick off the Premier League season fell below the standards expected.

“The attitude was not right in the beginning, then we wanted to fight back but you don’t find it easy anymore.
“The result is fine, I don’t think we really deserved more than that, but the performance was massively improvable.”
He added: “I would have loved to get three points but I would have loved much more to play really well.
“It’s my responsibility to find out why we played last Saturday a really good game, a surprisingly good game for where we were at, and then seven days later it’s upside down. That doesn’t make sense.
“I feel much more responsible for defeats than for wins. The performance [felt like] a defeat, the result wasn’t.” 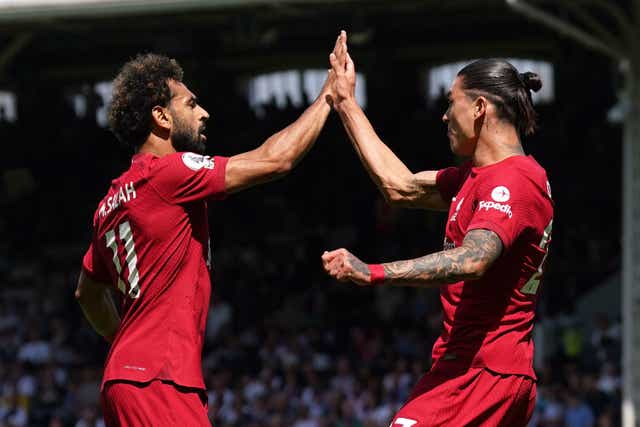 Read Also: EPL: Nunez saves Liverpool from opening day defeat at Fulham
Liverpool’s afternoon was made worse by Thiago Alcantara limping off early in the second half. The Reds were already missing Curtis Jones, Alex Oxlade-Chamberlain and Naby Keita through injury or illness, but Klopp suggested the club are unlikely to look for a midfield addition in the final weeks of the transfer window.
“A transfer doesn’t make sense now or in the long term,” the German said. “We have eight midfielders, we have enough midfielders, it’s just a lot of them are injured.