Liverpool manager Jurgen Klopp is unhappy with the Community Shield’s placement in the fixture schedule and wants a new date set.
The Reds take on Manchester City at the King Power Stadium today in the traditional season opener.
Both sides have returned from their pre-season preparations a week earlier than their rivals and Klopp is not happy about it.

He admitted in his pre-match press conference that he has no issue with the game itself, but rather when it is played.
“I like the competition but again here I think it would be possible to find another date,” he said. “It may be because we had a longer season than other teams and now we have a shorter pre-season than other teams, it doesn’t make much sense.”
Liverpool played all 63 games available in the last campaign as they chased an unprecedented quadruple.
They managed to win the Carabao Cup and FA Cup, but came up short in the Premier League title race to City and suffered a crushing defeat to Real Madrid in the Champions League final. 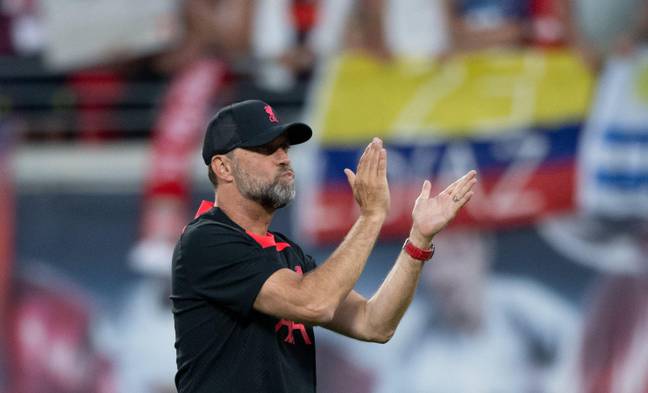 Klopp continued: “I think Germany plays the Super Cup final and for that the teams involved don’t have to play one cup round.
“There are opportunities, obviously, but maybe we can think about that or somebody can think about that. So we have to find a way and we have to try.”
It has been a mixed bag for Liverpool in pre-season. They slumped to a 4-0 defeat against bitter rivals Manchester United before beating Crystal Palace 2-0 and thrashing RB Leipzig 5-0.
A 1-0 loss to RB Salzburg means they have won two and lost two so far, with one final pre-season friendly against Strasbourg on Sunday.
Liverpool have added Calvin Ramsay, Fabio Carvalho and Darwin Nunez to their squad in the transfer window.
Club-record signing Nunez cost £85 million from Benfica and is expected to lead the line following the departure of Sadio Mane.
He has shown glimpses of his talent and bagged four against Leipzig last week. 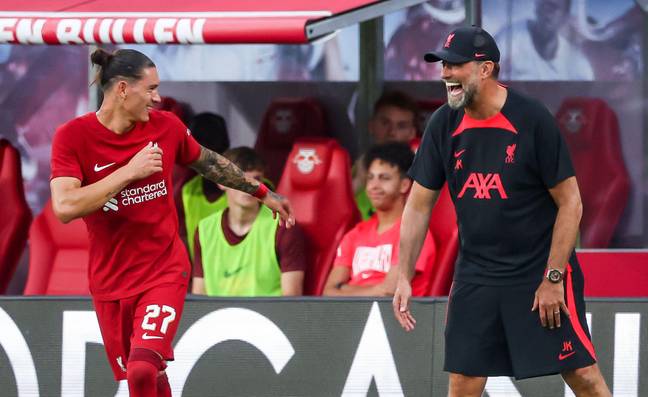 Read Also: Community Shield: Why Is Liverpool Vs Man City Not At Wembley?
Klopp knows it will take the 23-year-old time to settle into English football and wants his teammates to support him more on the pitch.
He told reporters following the Salzburg game: “He [Nunez] had his moments and nearly scored, but he needs much more support around him. You keep other players busy that they cannot focus on him. So many things.

“Second half, imagine now Darwin would have been there in the box, that would have helped as well. It is like it is – doesn’t feel great, but we take it and go from here.”