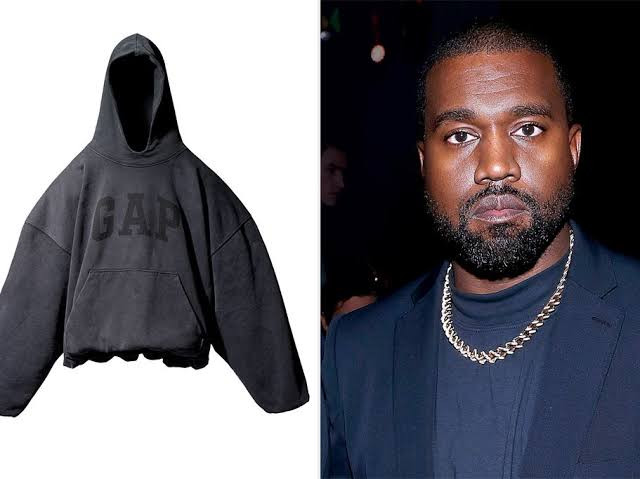 Rapper and Fashion designer, Kanye West has ended his partnership with retailer, Gap.

Kanye who signed the deal with Gap in 2020 had hoped the collaboration could breathe new life into the Gap brand but on Thursday sent a formal notice proposing to end the deal while accusing the firm of failing to honour terms of the deal, including opening standalone stores for his Yeezy fashion label.

The first signs of strain between both parties started when the first item produced under the partnership, a $200 (£173) puffa jacket, did not go on sale for a year. This led to reports that Gap was frustrated by the slow rollout of Yeezy products, which also included a plain hoodie in bright colours for $90.

West, also repeatedly criticised the company on social media, accusing it of copying his designs, excluding him from meetings and ignoring his requests to join the board of directors.

“Gap left Ye no choice but to terminate their collaboration agreement because of Gap’s substantial noncompliance,” said Nicholas Gravante, West’s attorney with Cadwalader Wickersham & Taft, in an emailed statement to the AP. “Ye had diligently tried to work through these issues with Gap both directly and through counsel. He has gotten nowhere.”

Gravante said that Gap’s failure to comply with the terms of the contract has been costly. He said West plans to begin opening Yeezy retail stores.

West, a highly successful rapper branched out to fashion in the last decade and has had success with the Yeezy sell-out trainers, foam sliders and boxy, oversized clothes in colours like beige and black.

GAP had been hoping the partnership with West would resonate with customers in a period of declining sales. For Yeezy, being in more than 1,100 Gap stores worldwide would have put his brand in front of more people.

West has had a history with Gap. He worked at one of its stores in Chicago as a teenager. And he told Vanity Fair magazine back in 2015 that he wanted to be creative director for the brand

Yeezy owned by Kanye, was valued at $2.9bn in 2020 when the 10-year deal with Gap was announced. Ye also has a seperate partnership with Adidas, which is due to expire in 2026.