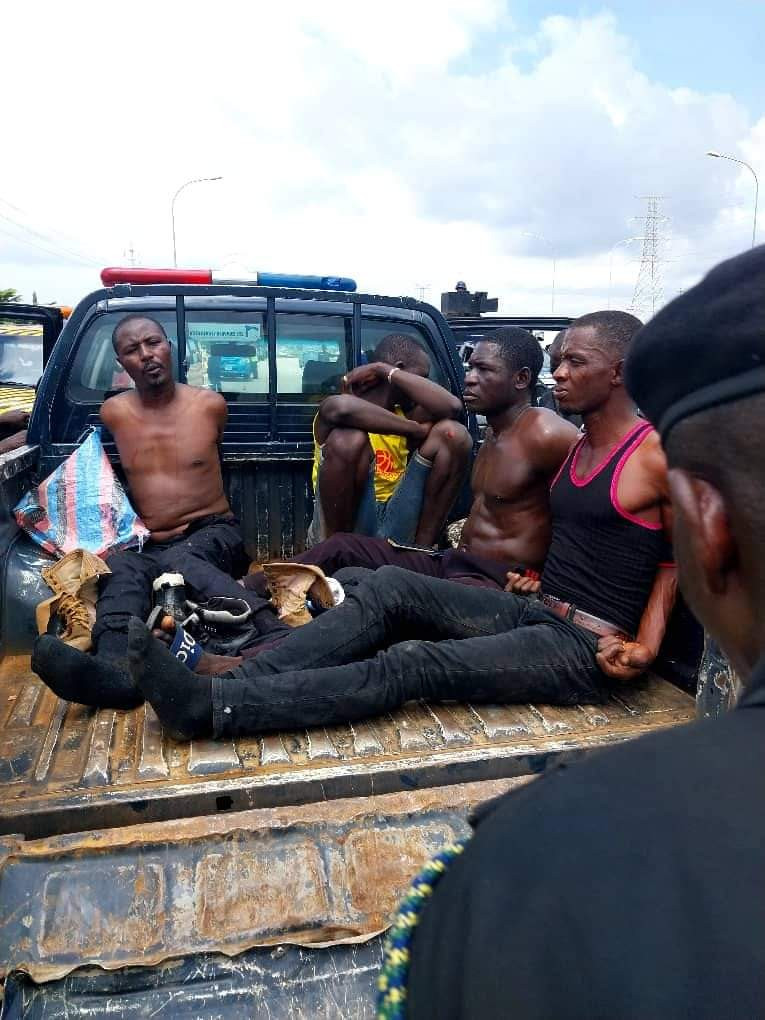 The men who were bearing guns and arrows attacked the taskforce team at Sabo Lugbe, along the international Airport Road on Thursday, September 15, to prevent them from enforcing the ban on commercial motorcycle riders.

The suspects were also alleged to have obstructed the operations of the task force last week with guns and arrows, preventing the team from impounding motorcycles and arresting its riders for violating route restrictions.

On Thursday, they mobilised again with guns, but were demobilised by a well-armed large number of the Joint Task Force of both the Police, Army, and other security agencies, who seized two locally made guns from the hunters and consequently impounded 72 motorcycles.

Senior Special Assistant on Monitoring, Inspection, and Enforcement to FCT Minister, Ikharo Attah, explained that it was worrisome that people allowed by the government to assist security agencies in the fight against insecurity have become obstacles to law enforcement.

Attah, who stated that while the suspects fired gunshots threatening the task force, luck ran out of them due to the heavy presence of security operatives, who overpowered them.

He regretted that the incident happened while the team make sacrifices to actualise the dream of making Abuja a model city.

“The Minister of the FCT gave us a strong directive to remove ‘Okada’ from the Airport Road, some parts of Area 1, and Kubwa. We in the enforcement have always clamoured for an expanded ban, but the Minister insisted that we must justify our ability to remove them. That is why we have come today. We have touched on Area 1,” he said.

“Last week when the team from Directorate of Road Traffic Services (DRTS) came here, they were attacked by some men here who identified themselves as registered hunters. The men insisted that nobody will carry any Okada close to where they are operating. They discharged all the Okada riders that were arrested.

“Today again, the same men quickly mobilised and fired at our team, insisting that nobody will arrest any Okada from there. Thanks to the gallantry of security personnel who were able to overpower them.

“These two guns were recovered from the hunters. We found it very worrisome because registered hunters and vigilante groups are supposed to work closely with the Police and other security agencies. For them to stop us from doing our work is something they have to tell the Commissioner of Police,” Attah said.

Also speaking, the Head of Operations, DRTS, Deborah Osho, confirmed that 72 motorcycles were impounded and that an order of forfeiture would be sought from the court before crushing them.

“We have about 72 bikes impounded and the operations is still going on. We will take the bike to our Wuye Office and will approach the court for an order of forfeiture and the crushing will take place,” she added.