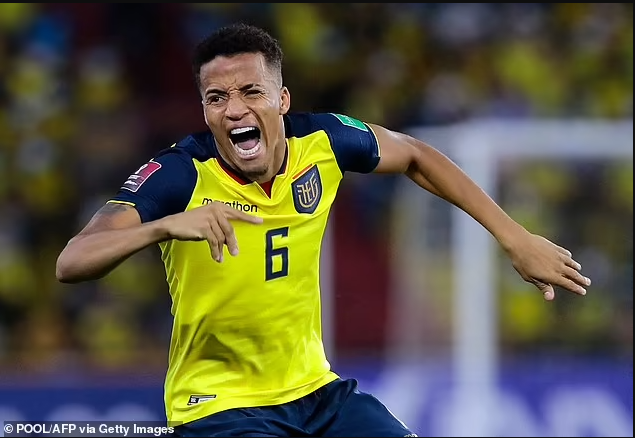 FIFA have summoned Byron Castillo to attend the hearing of their Appeals Commission on Thursday September 16, following new bombshell revelations that the Ecuador international confessed to being born in Colombia in an official investigation four years ago.

In Sportsmail’s publication of Castillo’s interview with investigators, he admitted to using a false birth certificate, but the player’s lawyer claimed the new evidence was not admissible as the row between the two countries escalated.

FIFA also responded to the story by sending an updated request to the Ecuador Football Federation [FEF] for Castillo to attend the hearing in Zurich, writing that ‘the Ecuadorian Football Association is requested to ensure that the player Byron David Castillo Segura is made available and attends’.

Their previous communication with FEF had said Ecuador are ‘requested to ensure, in the best extent possible’ that Castillo attend, which FIFA sources confirmed represented a significant change of emphasis.

The evidence he gave to an Investigative Commission set up by FEF in 2018 appears clear.

In an audio recording published by Sportsmail on Monday, Castillo gives a name and birth date matching his Colombian certificate, and details of moving from Tumaco to San Lorenzo in Ecuador to pursue a professional career, also naming a businessman he claimed provided him with a new birth certificate.

Castillo’s apparent confession could result in Ecuador being kicked out of the World Cup just two months before they are due to face Qatar in the tournament’s opening fixture.

Chile would replace Ecuador if FIFA followed recent precedent by awarding them two 3-0 victories for the matches in which Castillo played against them, although in other possible scenarios Peru or Italy could also be handed a back-door entry to the World Cup.

‘This recording substantiates that our claim and complaint is correct,’ he said.

‘From the player’s mouth, he recognises his nationality and everything he did. This strengthens our position. It is an external proof that we did not have within the evidence that we presented, but it consolidates the case and shows truth in our complaint.

‘Now, we will wait for what the appeals chamber decides with this subpoena that we have on September 15. I hope the player goes. I believe that he cannot deny what he himself said and the accusations that he has made against the Ecuadorian federation.

‘We did not have the direct background of this audio, we are surprised and happy that this recording has come out. We did have a history that this player was Colombian and that he deceived the whole world.’

A lawyer for the Chilean FA, Eduardo Carlezzo, confirmed that the interview with Castillo was not part of the evidence they presented to FIFA when their case was dismissed at the initial hearing in June, but that it would be submitted this week.

‘We knew this audio existed, because it was clearly mentioned in official papers, but we were unaware of its content,’ Carlezzo said.

‘The recording validates everything we have said since the beginning of this case. Clearly this now needs to be submitted as evidence to FIFA’s Appeal Committee before Thursday’s hearing.’

Castillo’s lawyer Andres Holguin claimed that as the evidence was not submitted in the original hearing it was irrelevant.

‘The audio that is circulating is nothing new,’ Holguin said. ‘In addition, a constitutional judge did not consider it as evidence since it could not be certified that it was from Castillo.

‘The crucial interview with Castillo in which he appears to admit that his official documents are fake took place in Ecuador in December 2018. In the interview Castillo is asked by the investigator, “when exactly were you born?” to which he replies, “In 95.” The investigator’s next questions is, “And which year does the ID have?” an inquiry which gets the response “98.” 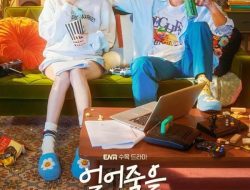