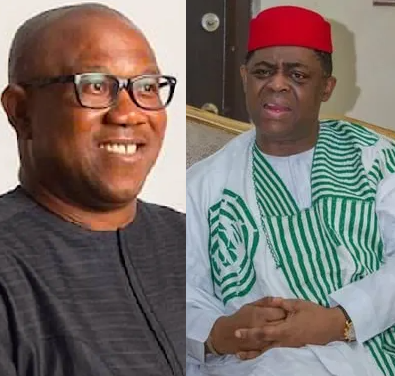 Femi Fani-Kayode has slammed Peter Obi and his supporters while predicting that the best Obi will do in the Presidential election is come 4th.

The former Aviation Minister on Thursday September 14, said that the Labour Party candidate and his supporters would be defeated at the poll.

FFK wrote: “The truth is that the City Boy and the Golden Boy will thrash all their adversaries and opponents with a landslide victory in next year’s presidential election.

“Peter the liar Obi and his garrulous, gullible and fascistic Obidients who believe that no-one has the right to disagree with them, oppose their candidate or change their opinion on national issues, will know their fate as early as 12.00 noon on the day of the election.

“By noon on that day it will be clear to them that their support base is negligible, that they cannot be counted amongst the big boys and that their candidate never had a hope in hell of coming within the top three let alone winning from the outset.

“Even Rabiu Kwankwaso’s regional party will defeat them hands down and cause Peter to trail behind him and come a distant fourth.

“Meanwhile the only serious contender in the field, Atiku Ibn Dubai, AKA the Waziri of Abu Dhabi, and his sorry set of court jesters, puerile comedians, miserable misfits, archaic tacticians and nebulous cheerleaders will know by 2.00pm on that day that the die is cast.

“By 2.00pm on that day they will accept the incontrovertible and indisputable fact that Nyesome Wike has damaged them to such an extent that they are not even fit for battle, that they cannot come close to us and that they are utterly incapable of putting up a good fight.”

See the rest of his statement below. 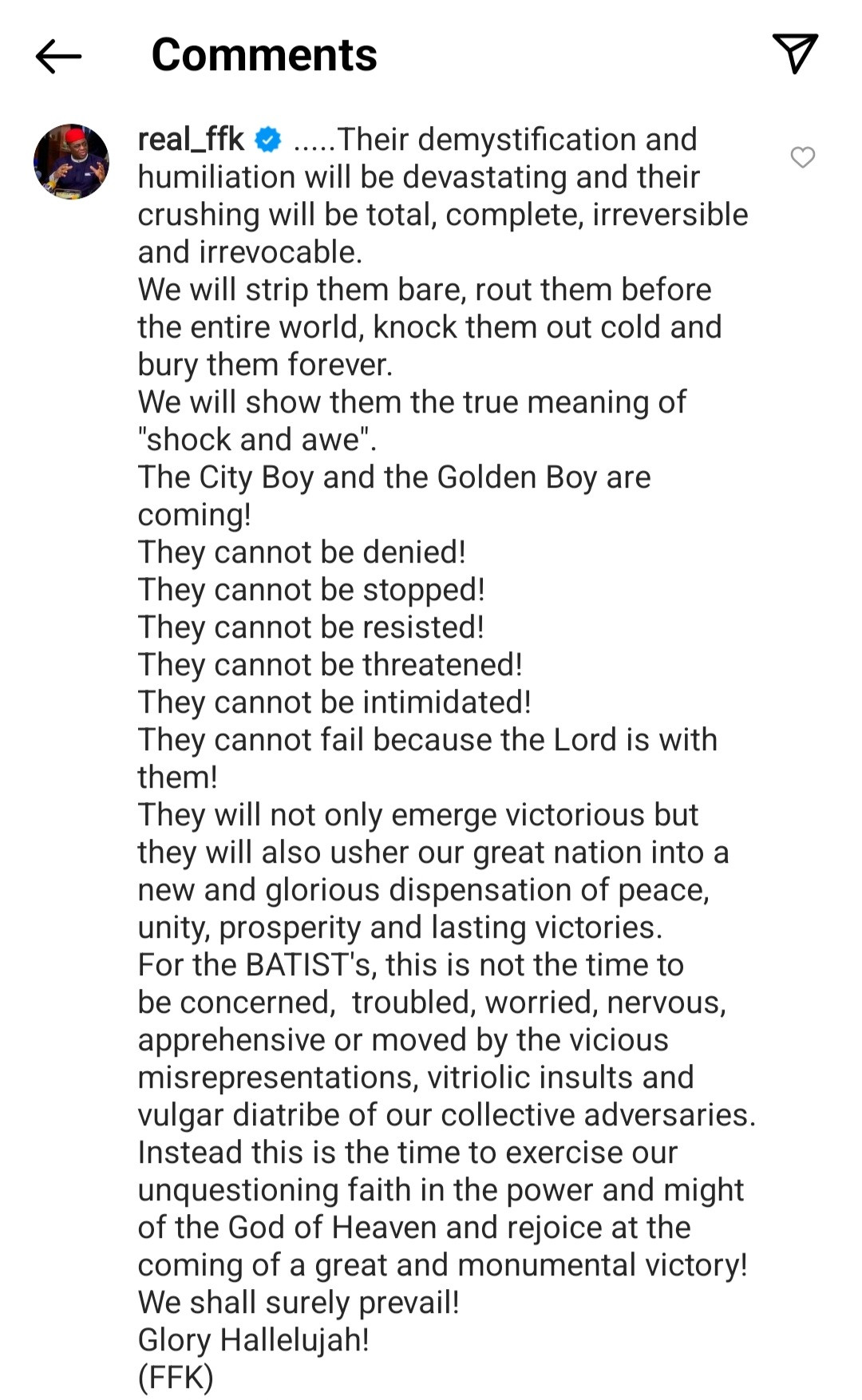