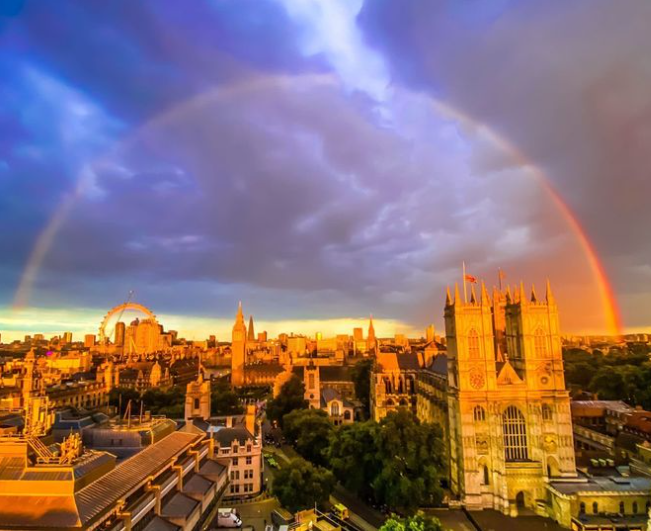 A double rainbow appeared over Buckingham Palace and Westminster on the evening of Sunday, September 18, the eve of the late Queen Elizabeth’s funeral.

Numerous Brits in the capital were left in awe at the sight as dozens of images were posted across social media.

Journalist Annelise Nielsen captured the amazing sight on camera, saying: “A rainbow has just appeared in the Sky next to Buckingham Palace while the diplomatic reception is underway. Sensing a bit of a theme here.” 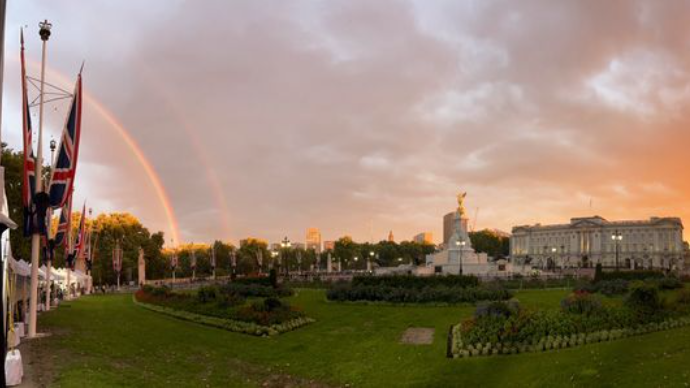 The BBC’s Sophie Raworth also captured the rainbow and shared on Twitter, writing: “As the sun set over Westminster tonight, the crowd gasped.”

Twitter user Leanne wrote: “Now this is a rainbow. What a special treat for Buckingham tonight.” 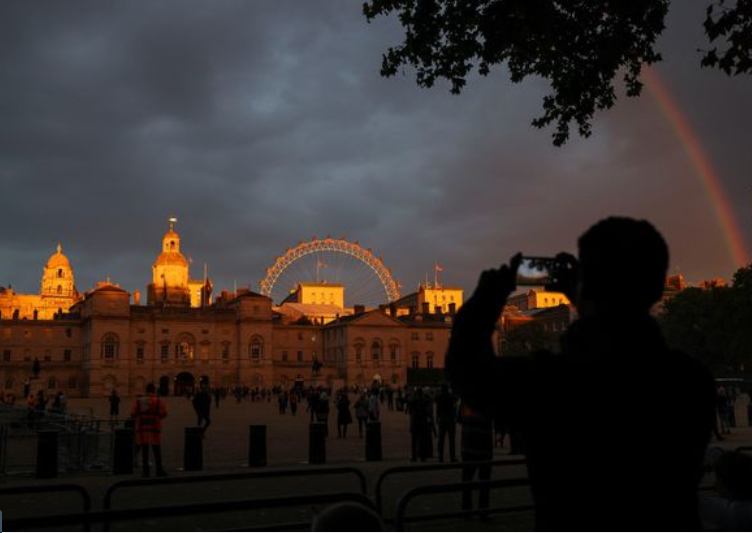