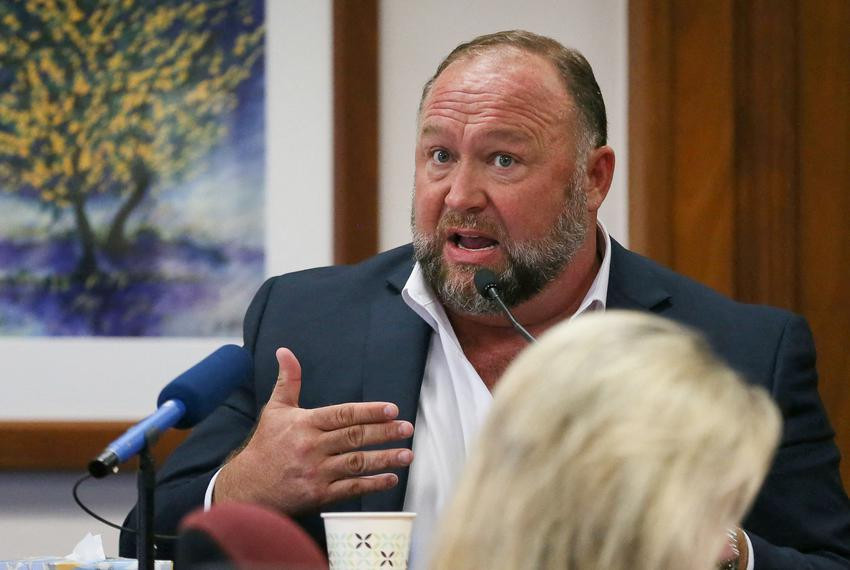 U.S. conspiracy theorist, Alex Jones must pay the parents of a 6-year-old boy killed in the 2012 Sandy Hook massacre $45.2 million in punitive damages – on top of $4.1 million in compensatory damages for falsely claiming the shooting was a hoax, a Texas court decided on Friday, August 5.

Jones, a prominent figure in the U.S. due to his right-wing theories, conspiracies and an avid supporter of former President Donald Trump, had called the Sandy Hook massacre that killed 20 children and six staff at Sandy Hook Elementary School in Newtown, Connecticut, a U.S. government hoax staged using crisis actors to serve as a pretext for taking away the guns of Americans.

Neil Heslin and Scarlett Lewis, separated parents of slain 6-year-old Jesse Lewis, testified that followers of Jones harassed them and sent them death threats for years in the false belief that they were lying about their son’s death in the Dec. 14, 2012, shooting that killed 20 children and six staff at Sandy Hook Elementary School in Newtown, Connecticut, US.

The punitive damages were put at $4.2 million for Jones defaming Heslin by questioning that he held his dead son after the shooting and $20.5 million apiece to Heslin and Lewis for mental anguish.

The 12 jurors decided on the punitive damages one day after determining the compensatory damages following a two-week trial in the defamation lawsuit presided over by Judge Maya Guerra Gamble in Texas, where Jones’ radio show and far-right webcast Infowars is based.

After the verdict, one of the parents, Lewis told reporters that the trial’s outcome showed that “we can choose love,” adding: “We’re all responsible for one another.”

An attorney for Jones, Federico Andino Reynal, had asked jurors to return a verdict of $270,000 in punitive damages based on the number of hours Infowars devoted to Sandy Hook coverage.

“We ask that you send a very, very simple message, and that is: stop Alex Jones. Stop the monetization of misinformation and lies,” Wesley Todd Ball, a lawyer for the parents, told jurors on Friday before they began deliberations on punitive damages.

Jones sought to distance himself from the conspiracy theories during his testimony in the trial, apologizing to the parents and acknowledging that Sandy Hook was “100% real.”

The Sandy Hook gunman, Adam Lanza, used a Remington Bushmaster rifle during the massacre, which ended when he killed himself with the sound of approaching police sirens.

During closing arguments on Wednesday, Kyle Farrar, a lawyer for the parents, urged the jury to end what he called their nightmare and hold Jones accountable for profiting off their son’s death. Reynal acknowledged during his closing argument that Jones and Infowars reported “irresponsibly” on Sandy Hook but said his client was not responsible for the harassment.