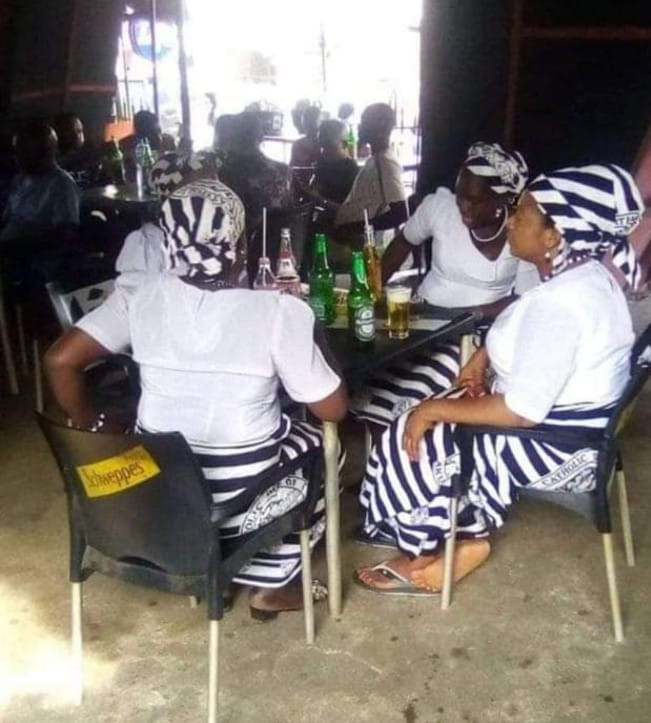 A Facebook user, Lubem Terkula on Sunday September 18?, posted a photo of some women drinking beer at a joint in Benue State.

It was gathered that the women are members of a Christian women’s organisation in the state.

The photo has generated mixed reactions on Facebook, with some criticising the poster and the women for drinking alcohol while wearing ‘church uniform’.

“Nobody stop them to drink but at least they should have respect the uniform they are putting on,” one Uba Shima wrote. “That uniform is meant for church activities not beer parlour activities,” he added.

“It’s wrong posting those women here i dont just know what you are turning into. Is it wrong for them to have a relax time at your place,if eventually their husband nor people of same Organization saw this,do you no the damages that will caused thereafter. Don’t be doing something like one who doesnt reason,”

Another Facebook user said: “Even those who forbids it still take it, just drink responsibly. Take one or two is okay.” 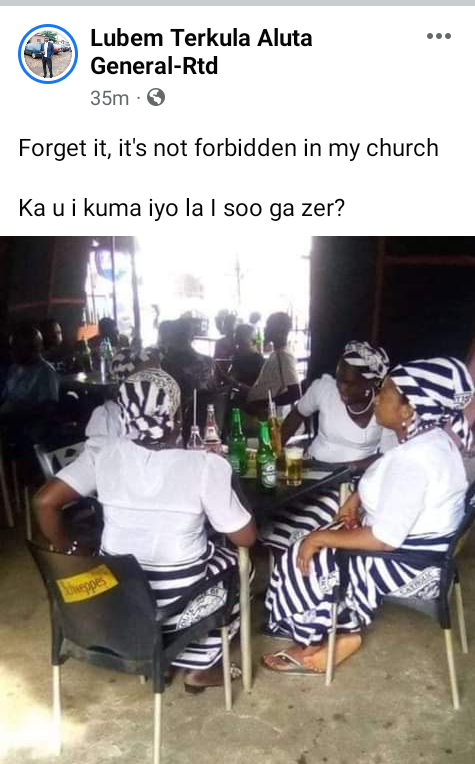 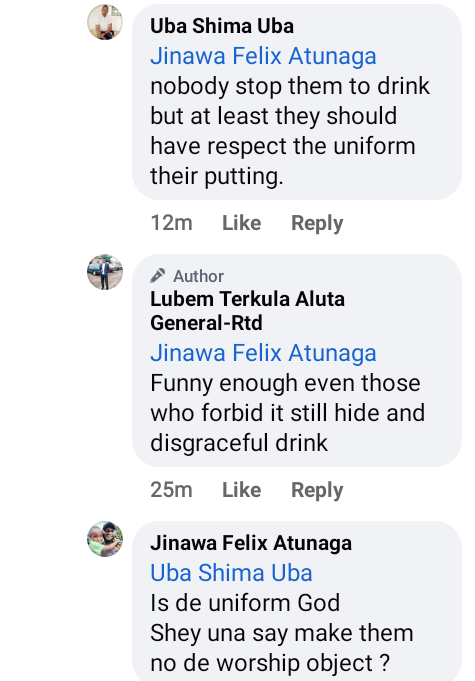 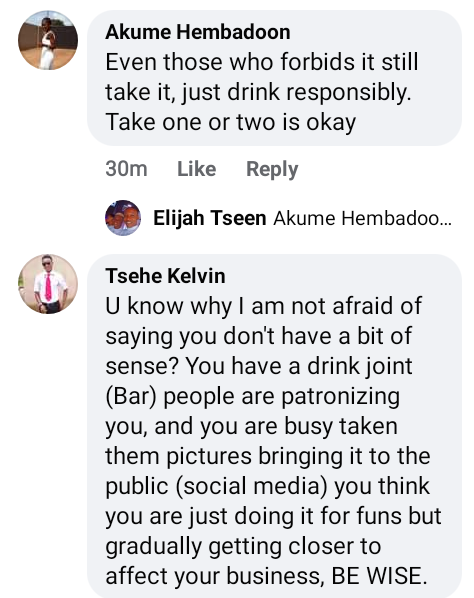 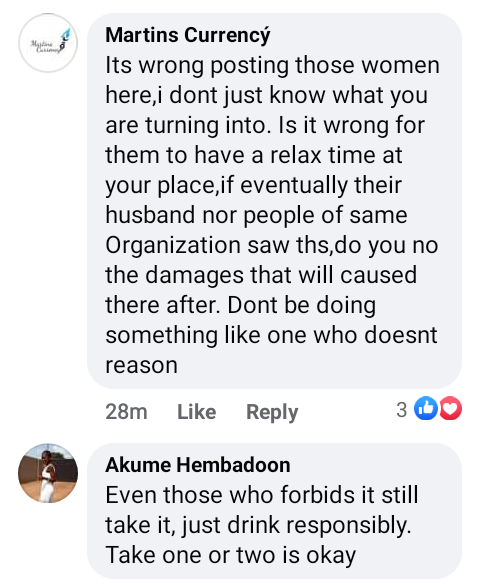 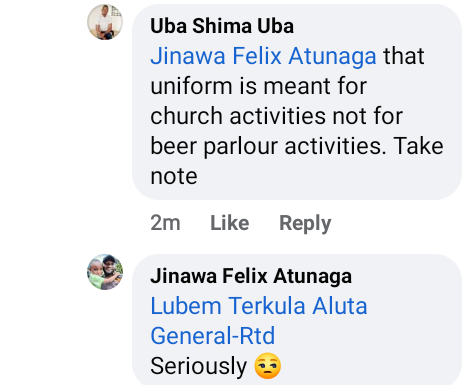