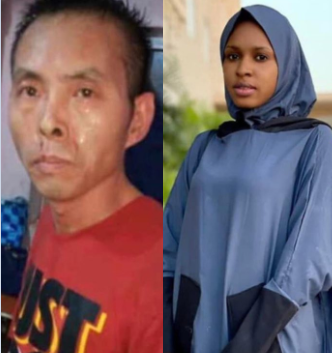 A Chinese national resident in Kano, Geng Quangrong, has disclosed why he stabbed his Nigerian girlfriend, Ummu Kulthum, to death.

He reportedly confessed to the crime after he was arrested by the police in Kano.

Geng, 47, said he killed Ummi because she promised to marry him but later reneged on that promise after he had spent so much money on her.

Geng has since been transferred to the state headquarters at Bompai for further investigation and prosecution.