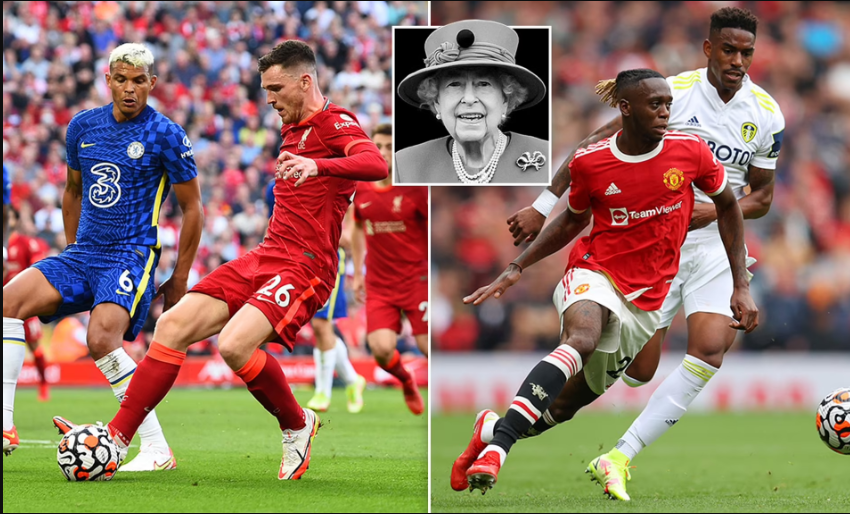 The Premier League have confirmed action will return this weekend but two matches have been postponed due to insufficient policing during the 10 days of mourning for Queen Elizabeth.

League chiefs held a meeting on Monday afternoon September 12, to discuss their next steps over scheduling games after all of last weekend’s fixtures were postponed. It was confirmed that Chelsea versus Liverpool and Manchester United versus Leeds United had to be postponed due to insufficient policing, but seven matches could go ahead.

In a statement, the Premier League said: ‘Following extensive consultation with clubs, police, local Safety Advisory Groups and other relevant authorities, there was no other option but to postpone the three fixtures.

‘The Premier League would like to thank the UK Football Policing Unit and other police forces across the country, as well as our broadcast partners, for their support during this process, and will continue to liaise with them ahead of the weekend.

‘For the matches being played during the period of National Mourning, tributes will be paid to The Queen at Premier League stadiums.

‘New dates for the postponed matches will be announced in due course.’

Police officers from forces across the country will be drafted in to support the Metropolitan Police with hundreds of thousands of people set to descend London for the historic events.

‘We have plans in place to ensure we can provide this support whilst effectively serving our own communities.

‘We are also working with partner agencies to consider the viability of un-related but exceptionally large events in Greater Manchester. This includes the Manchester United vs. Leeds fixture, which has been postponed with the support of the Safety Advisory Group and the club.’