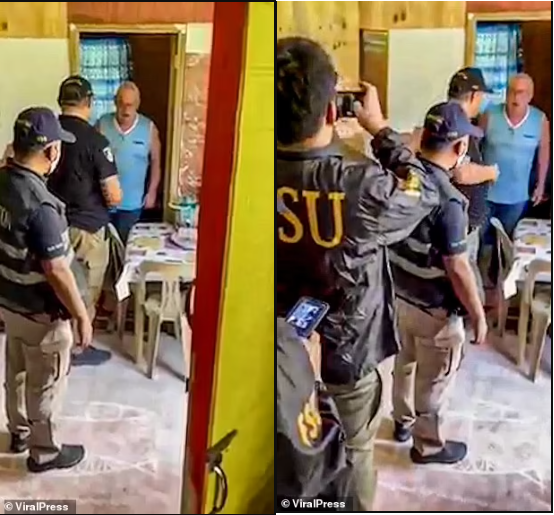 A British tourist has been arrested for allegedly running a child sex abuse website in the Philippines.

John Crotty, 64, from Cardiff, Wales, moved to the impoverished Southeast Asian country in February this year after serving nine years in prison in the UK in 2013.

When he settled in the Philippines, he allegedly launched a website and social media accounts that he used to distribute obscene photos and broadcast live shows of underage Filipino girls exposing themselves. 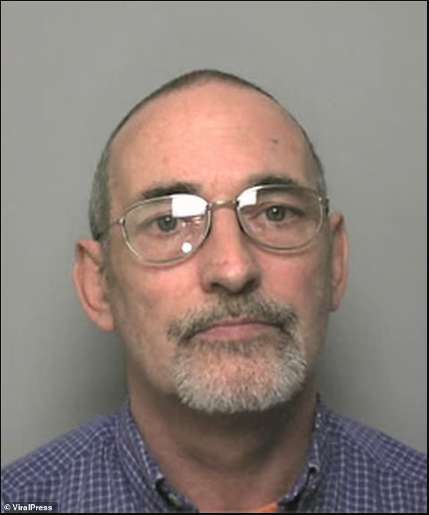 Footage shows staff from the Philippine Immigration Department’s Fugitive Search Unit confronting the Briton in his home and asking him to gather his travel documents before escorting him to their office.

Ansari Maca-ayan, a regional director of the Bureau of Immigration’s intelligence division, said: ‘The suspect is facing charges for arranging and facilitating Filipino children to commit sexual prostitution online.’

The investigator claimed that the suspect preyed on his alleged victims’ poverty by promising large sums of money to their parents in exchange for assisting with the abuse of their children. 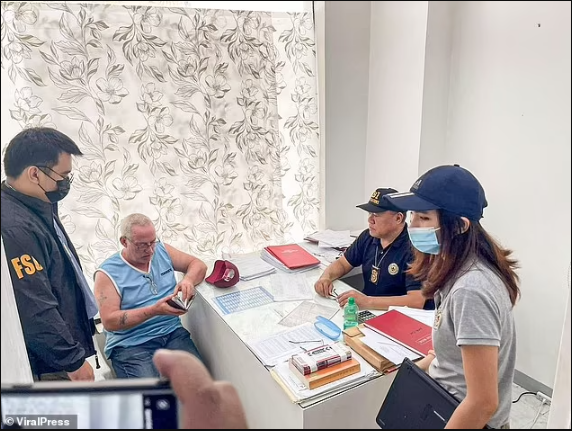 Crotty would allegedly befriend women over social media before offering them money for them to let their children be abused while he watched.

The British Embassy said the UK’s National Crime Agency reported Crotty’s arrival to the Philippines on February 6. He had been living with his girlfriend in Tangub City, but they have since separated. 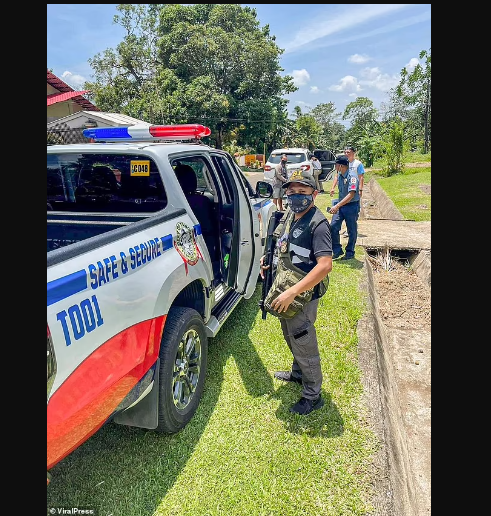 The tourist is being currently detained by the Bureau of Immigration and has not spoken publicly about his arrest. He is scheduled to be extradited to the United Kingdom, where he is on the sex offenders register, to face the charges.

Ansari added: ‘This is a clear warning that our country is not a safe haven for foreign offenders. The Philippine law enforcement is always vigilant watching criminals who are here in this country to take advantage of our hospitality.’