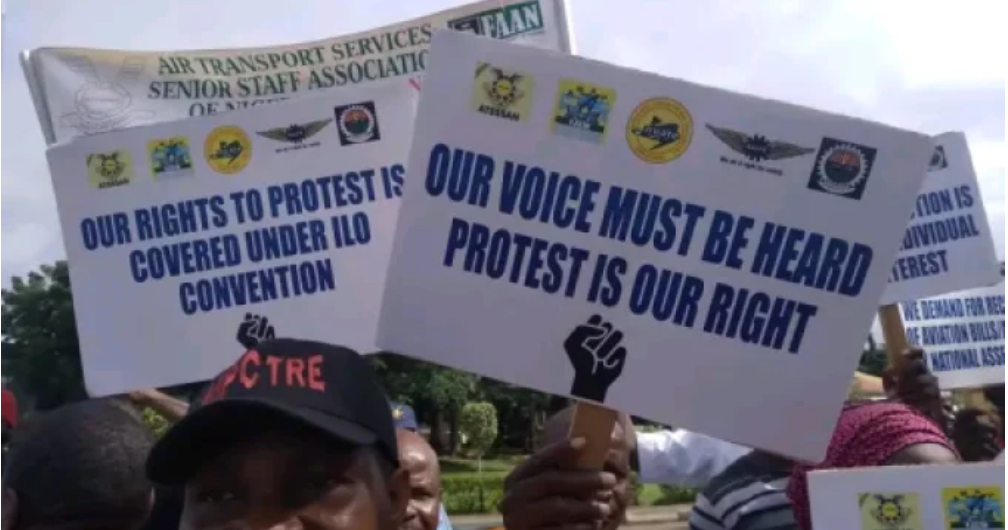 Aviation workers are currently protesting across the country over an alleged ‘obnoxious’ legislation. 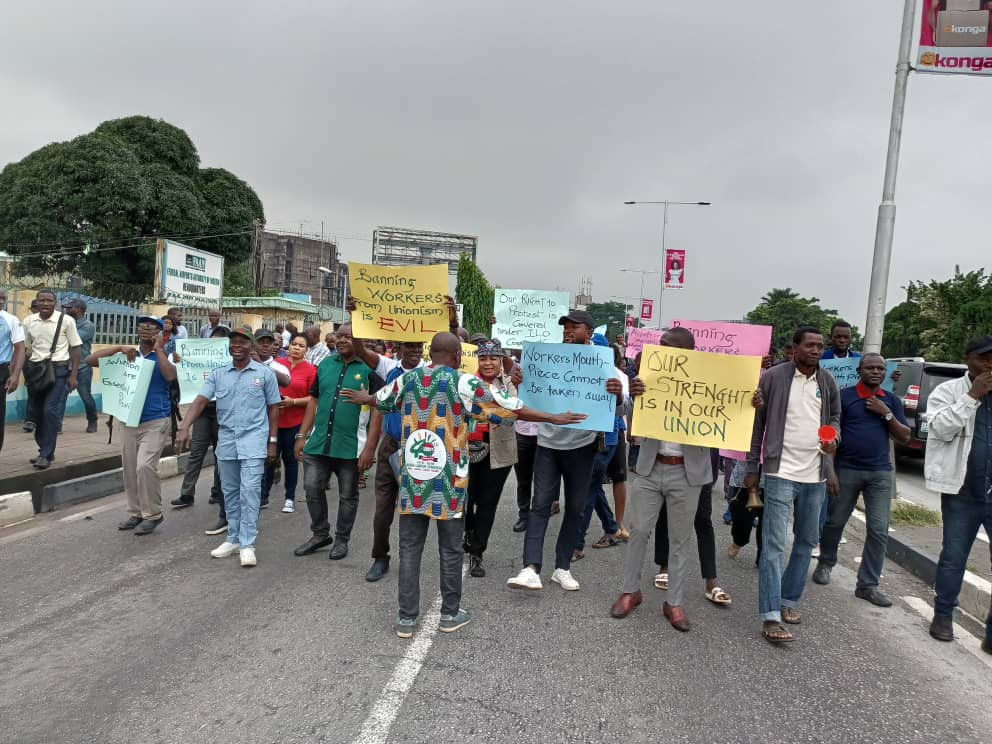 Ben Nnabue, President of the National Union of Air Transport Employees (NUATE) told newsmen that the protest is simultaneously taking place in all the airports in the federation. 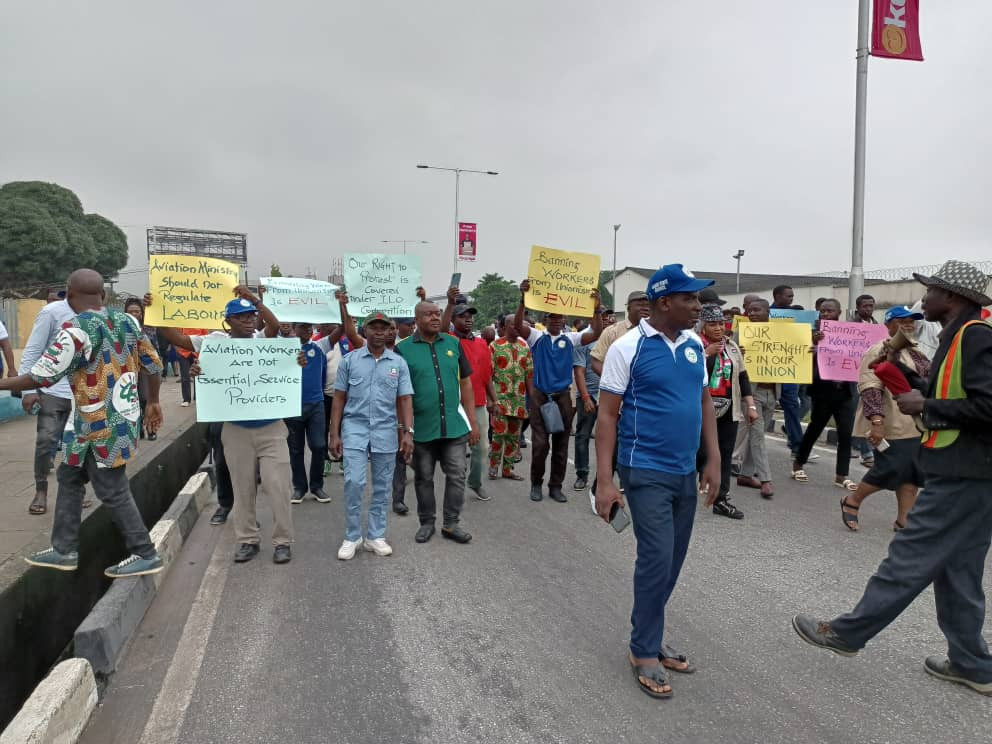 Nnabue who revealed that they are demanding the removal of a clause in an act establishing aviation agencies that seeks to prevent trade unions from protesting, gave the federal government a 14-day ultimatum for them to look into their demands, or see them embark on a full-blown strike that might possibly shutdown airport activities. 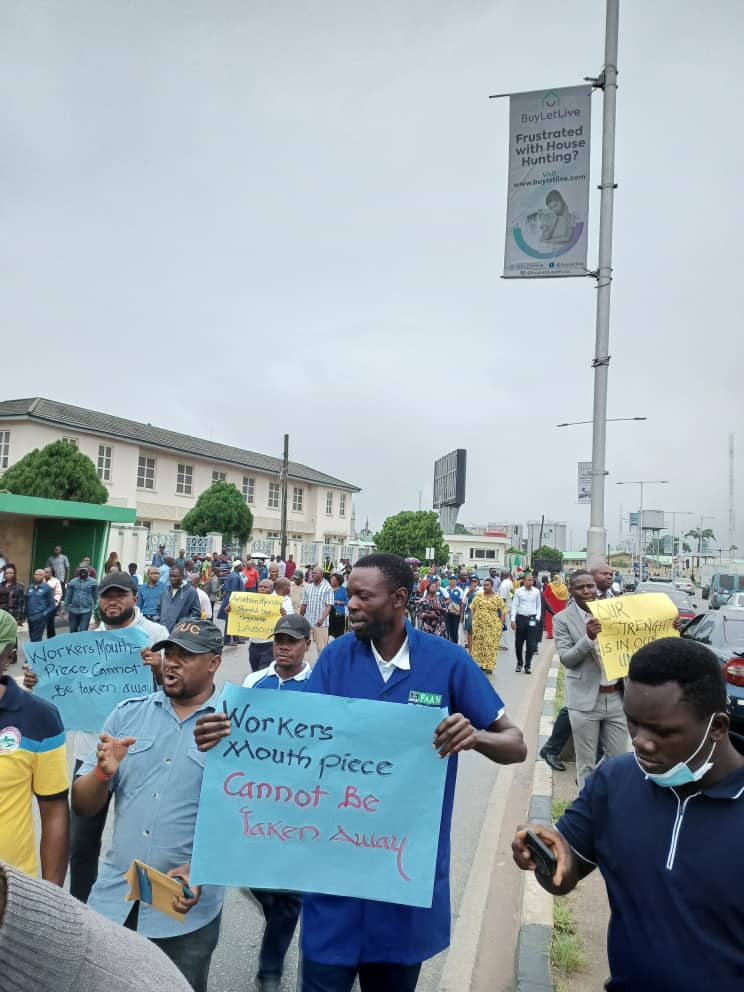 “Sometime last year, we went to the national assembly to amend the act establishing the agencies, so that it would be more progressive. There was one obnoxious clause that talked about trade unions not going on strike.

“We were shocked that before they sent it to the president for assent, those clauses were maliciously inserted. So we have to fight for them to remove it. That’s the whole idea.

“It is a peaceful demonstration. It is after now and they didn’t hear us or didn’t look at our demands, then we get to the level of grounding the operations of airports,” he said.

“We have given government 14-days ultimatum to look at our demands, after which we now do what is called strike.”