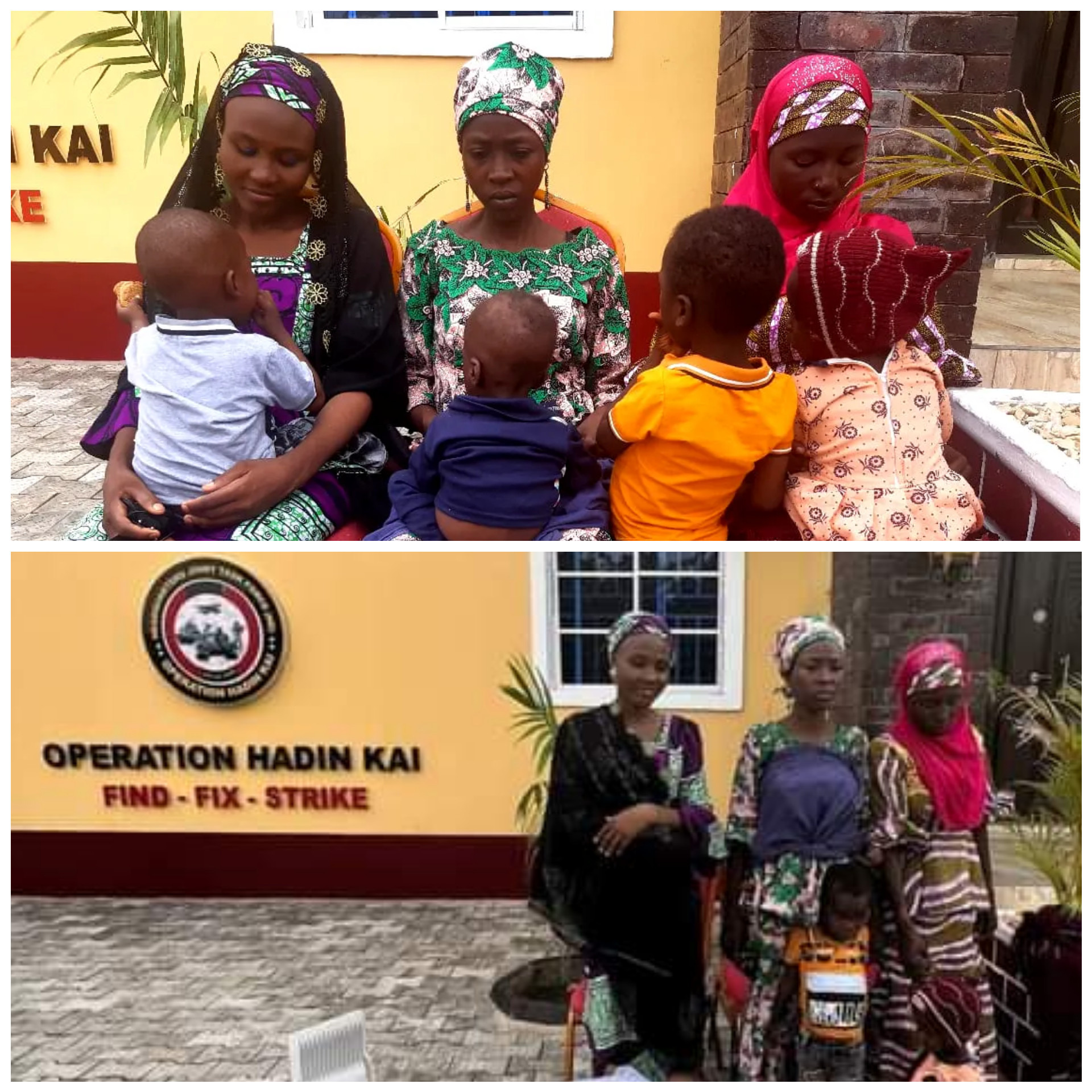 Theatre Commander Joint Taskforce Northeast ‘Operation HADIN KAI’ Major General Christopher Musa on Friday, July 29, handed over three rescued Chibok school girls who have been in the captivity of Boko Haram for the past eight years.

Ruth and her son were rescued by the Troops of 21 Army Armoured Brigade in Bama, Borno State on Wednesday, June 29, 2022, after she escaped from the Boko Haram enclave in the axis of Bama local government area of the state.

Hanatu and Kauna were rescued alongside their children by troops of 21 Armoured Brigade during clearance operations in Bama Local Gvernment Area of Borno state on Monday, July 25, 2022.

Hanatu was 18, Kauna was 17, while Ruth was 16 years old when they were abducted by terrorists in their school at Chibok local government area of Borno state.

Giving an update to Journalists on the success stories in the fight against Boko Haram, General Musa also said, 70,593 members of Boko Haram terrosists have so far surrendered to troops.

“The general security situation across the North East (NE) Theatre has been relatively fluid and unpredictable. Since the commencement of the decisive phase of Operation DESERT SANITY and Operation LAKE SANITY, the terrorists (JAS/ISWAP) have been degraded to the point that they can no longer carryout successful combat operations against own troops,” he said.

“As a result of sustained operations by own troops, many of the terrorists whose camps and enclaves were destroyed during the recent clearance operations have continued to relocate from one enclave to another seeking for alternative

“The rainy season has also pushed the terrorists out of their comfort zones. However, the terrorists have sustained their Improvised Explosive Devices, IED attacks, as well as attacks on some isolated communities and other soft target

“Notwithstanding, the Command has maintained effective synergy with the Multi National Joint Task Force (MNJTF) and has continued to work in unison with the Maritime and Air components, paramilitary establishments, the state governments, humanitarian agencies, local communities and the media to provide the much needed support which have immensely resulted in the successes recorded so far.

“In the last one month, troops of OPHK have conducted several operations on land, maritime and air such as patrols, ambushes and clearance operations with over 60 terrorists neutralized and over 120 arrests of suspected terrorists and their logistics/Urea fertilizer suppliers.

“In carrying effective economic strangulation of the terrorists, troops have intensified efforts in intercepting suspected terrorists logistics suppliers in order to deny the terrorists of vital logistics.

“A typical example was the arrest on 13 Jul 22 of one Mr Haruna Fulani and Umaru who were suspected logistics suppliers to Boko Haram Terrorists Commander, by name ALI NGULDE at Mandara Mountains around Gwoza general area.

“The Theatre’s kinetic and non-kinetic activities have partly compelled some terrorists to seek alternatives to terrorism thereby taking advantage of other avenues to surrender.

“Currently, a total of 70,593 persons consisting of BHT (JAS/ISWAP) fighters and their families have surrendered to troops of Op HADIN KAI. Out of this number, 14,609 were active male fighters, 20,955 are women while 35,029 are children.

“The Theatre in conjunction with the Office of the Attorney General of the Federation, has commenced reviews of cases of detainees at the Joint Investigation Centre (JIC).” General Musa added.

Speaking on how the Chibok girls were rescued, the General Officer Commanding 7 Division,  Major General Waidi Shaibu said, Ruth Bitrus and her child were rescued in Ukuba Camp, while Hanatu Musa and Kauna Luka with their children were all rescued by 21 Special Armoured  Brigade in Bama local government area during Operations.

General Shaibu said, all the girls and their children had undergone proper medical check- up and treatment, before  handing them over to the Government that would subsequently reunite them with their parents.

In an interview with the rescued girls who looked traumatized, he commended the military for rescuing them from the hands of their captivity. 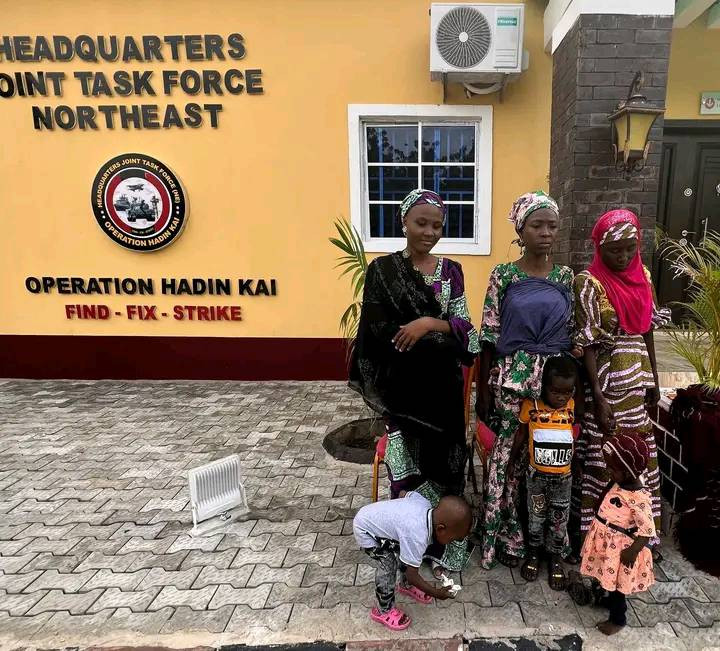