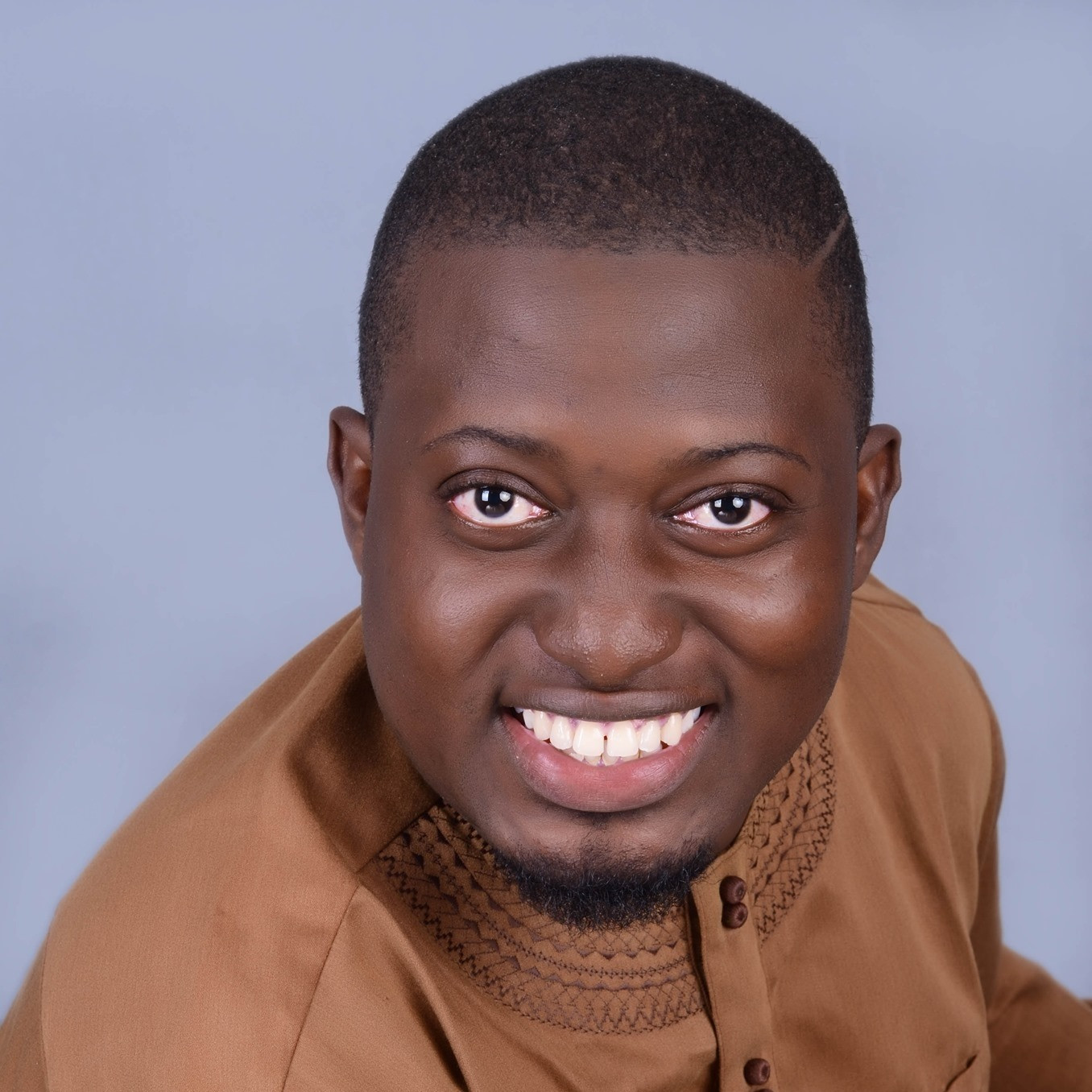 All Progressives Congress National Youth Leader Dayo Israel has reacted to being called out for allegedly filling up positions in the party with Yoruba youths.

50 out of 66 Members of the Digital Media Committee of APC are Yorubas. 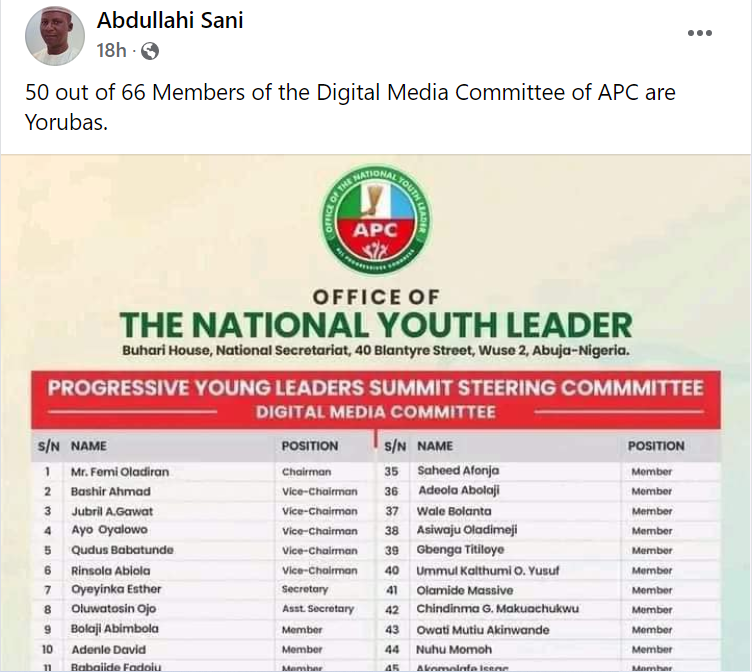 The only thing I have to say is that he met many in the party, he won’t boot them out.

If anyone complains of Fulanization, the younger generation should not take us to the season of Yorubanization. This isn’t what Asiwaju who had produced the likes of Joe Ibokwe and others stands for. 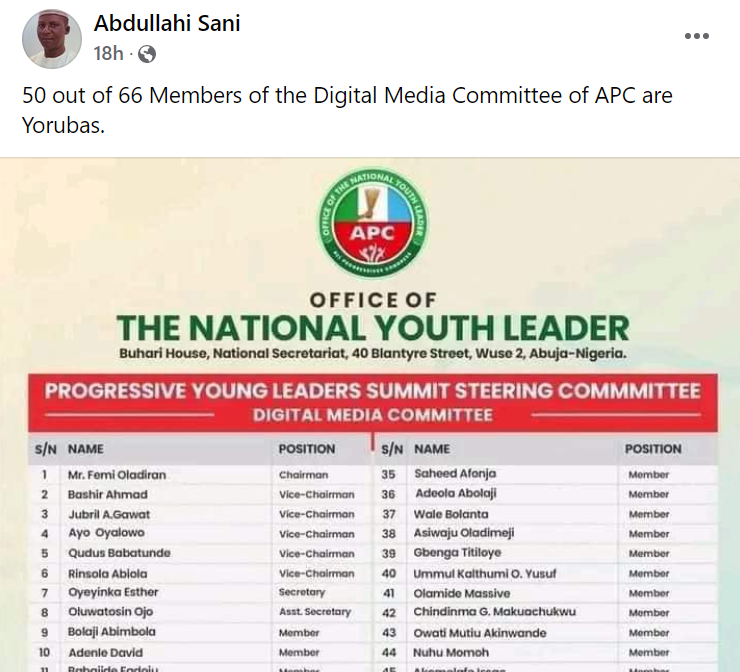 With this Progressive Young Leaders Summit by the APC National Youth leader, it is clear indications that it is for the one particular region. Other regions are no more Important on the Projects..

Haba! 50 out of 66 Members of the Digital Media Committee of the summit are from one particular zone. Some are not even members of our great party, APC. 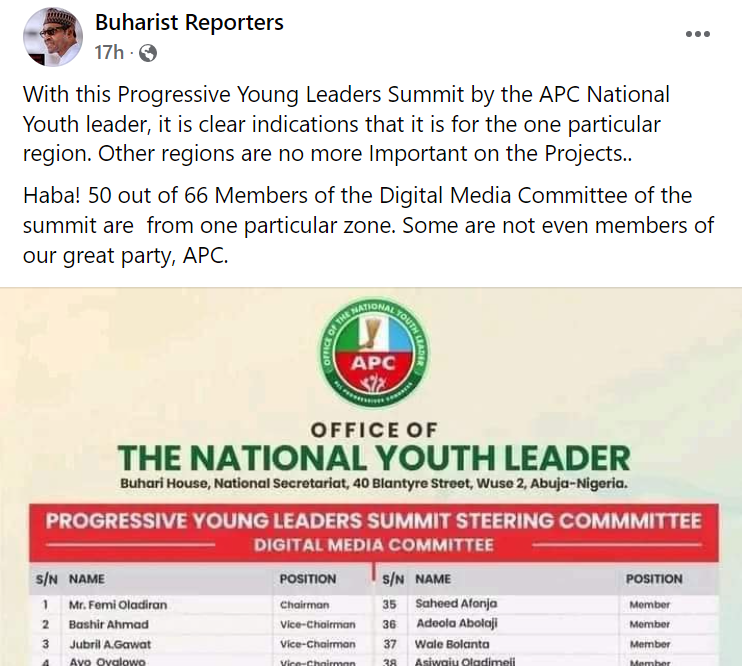 I have seen the various comments made around the list of the digital committees. Let me call your attention to the Finance committee list of 43 people with 19 northerners, or the accreditation committee of 23 people with 9 northerners. People have tried to dwell on the social media committee along which is composed of young social media influencers based, including Bashir Ahmad and Bashir ElRufai. The media committee are not based on states or region but on capacities as social media influences and we have tried to spread the places between our various upcoming programs. We will continue to carry everyone along.

In a list of 50 contact and mobilisation committee, we have 31 Northerners. Yet some says am a Yoruba Youth Leader. 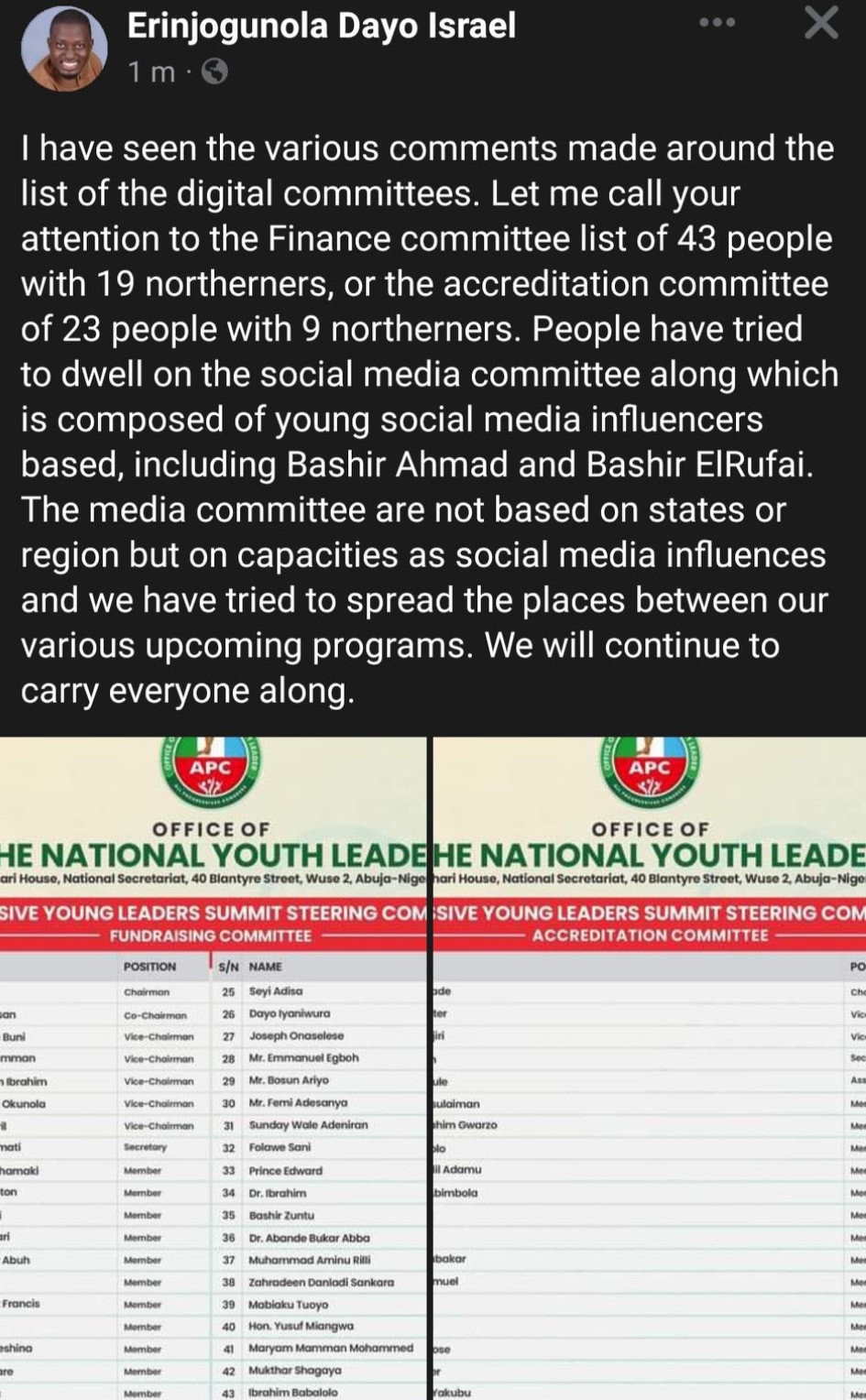 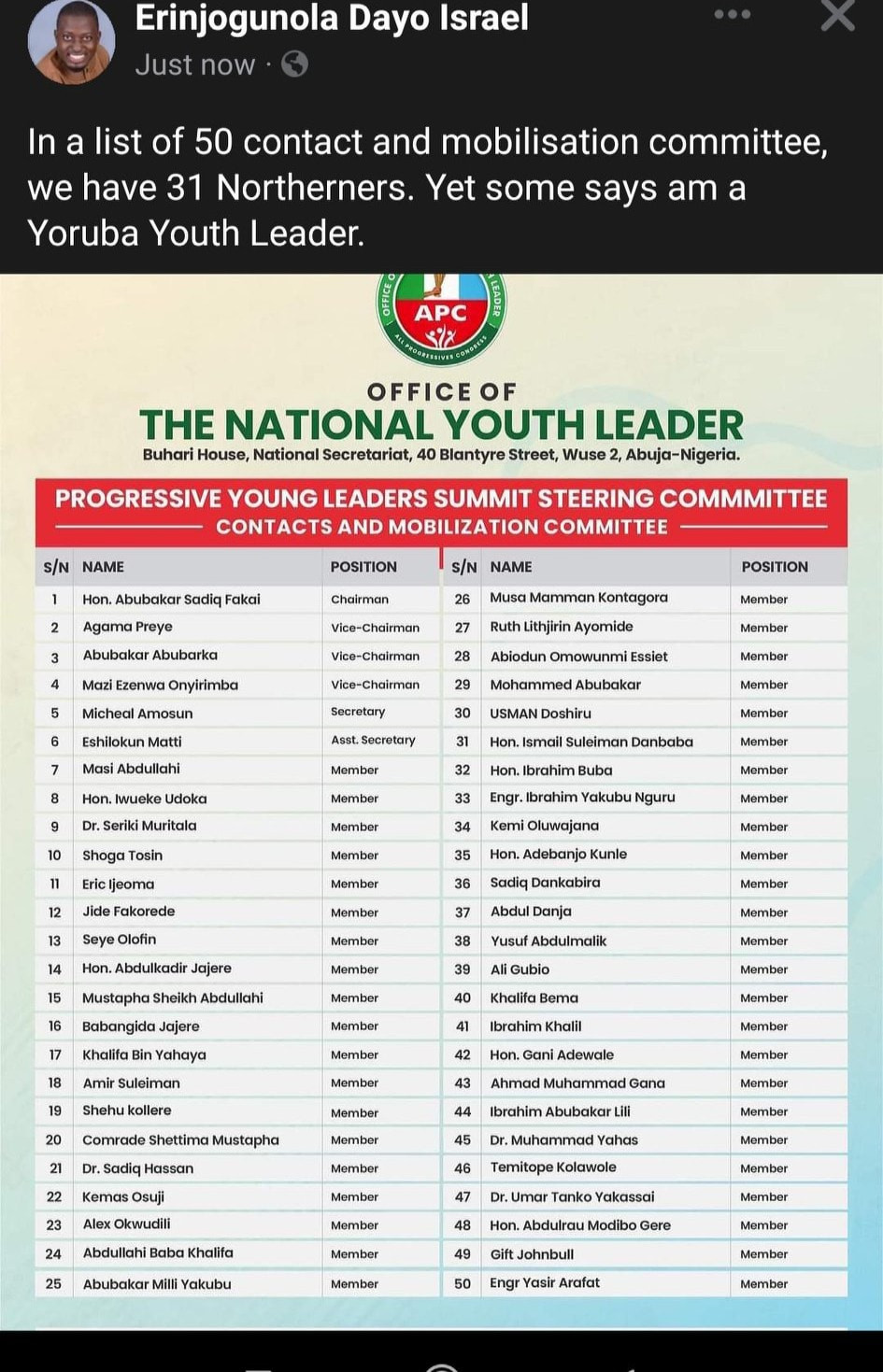